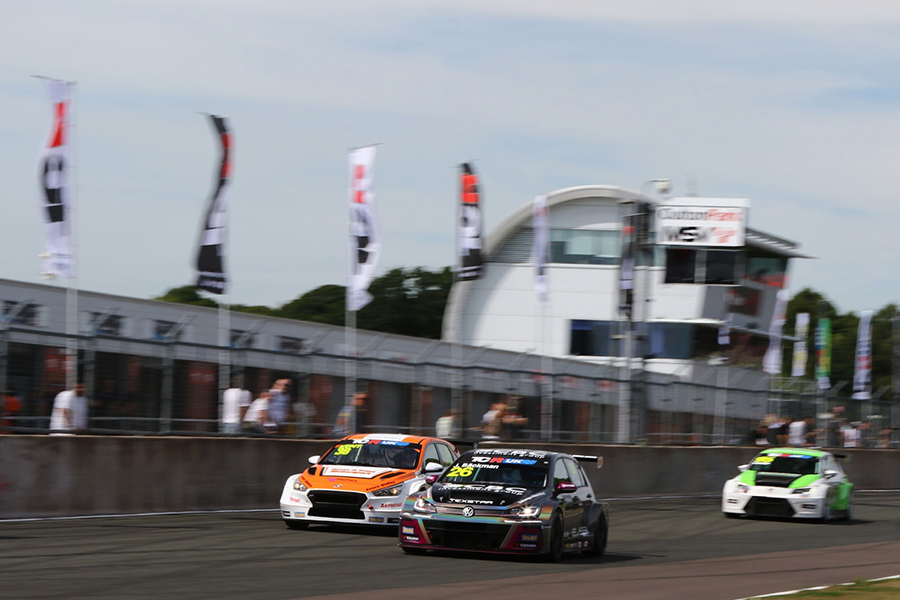 The 2019 TCR UK Championship gets underway tomorrow, with this year’s campaign being fought out as part of the new Touring Car Trophy series. The 2019 calendar begins at Oulton Park; the first of five rounds that include visits to such iconic circuits as Donington Park, Brands Hatch and Croft, with an additional optional round at Spa-Francorchamps in Belgium, which will run together with TCR Europe.
Each race weekend will feature a 20-minute practice session, 25-minute Qualifying and two races. In common with other TCR championships, each of the races will be 23 minutes plus 1 lap in duration, with the second of these utilising a reversed grid.
Five drivers in four different car brands will get the season underway, with Hong Kong’s Sunny Wong making his UK debut for Teamwork Huff Motorsport. The reigning TCR China champion also has extensive experience of the TCR International and TCR Asia series, so his Volkswagen Golf GTI should be one to watch.
The series will also feature a quartet of returning drivers. Lewis Kent will once again campaign the Hyundai i30 N for Essex & Kent Motorsport following an encouraging test at Portimao over the winter. Another 2018 podium finisher back on the grid is Carl Swift, who’ll be behind the wheel of the CUPRA TCR that saw him pick up a best result of 3rd place at Castle Combe last year.
2018 runner-up Ollie Taylor also returns to the series, switching to the Maximum Motorsport CUPRA driven by Stewart Lines in 2018. Taylor picked up two wins and seven further podiums in the Pyro Motorsport Honda Civic last season. Finally, DW Racing completes the TCR UK contingent with Darrelle Wilson returning in his Opel Astra TCR.
Because of restrictions on the number of Sunday events at Oulton Park, the action will be compressed into a single day. Free Practice is at 09:00 local time, with the Qualifying session starting at 10:30. The two races are scheduled to start at 13:50 and 16:30.