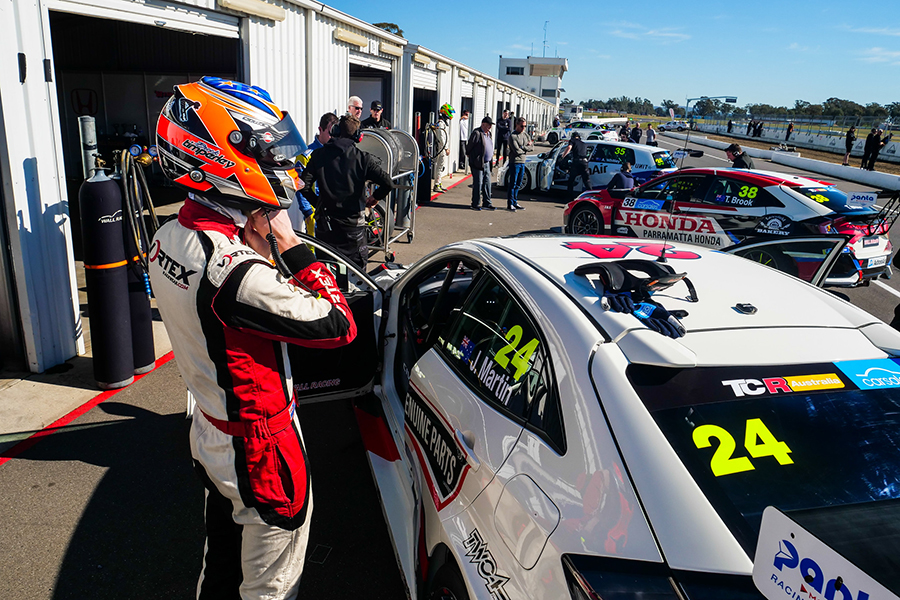 Following TCR Australia’s weekend at Winton Motor Raceway, 22 drivers had the opportunity to sample the TCR cars in a driver and evaluation day. Drivers currently competing in Formula Ford, Super3 and Hyundai Excels made up the majority of the field, with Hyundai, Audi, Volkswagen, Honda and Alfa Romeo cars available for testing.
There were also a number of New Zealand drivers taking part in the day ahead of the inaugural TCR New Zealand Championship, starting in January next year.
Regular TCR Australia drivers were also on hand to oversee the testing and assist with feedback, including James Moffat, Dylan O'Keeffe, Jason Bright and Aaron Cameron.

“It was a great day for the category and a really good way for our teams to look at new drivers that are interested in TCR,” said Liam Curkpatrick, Category Manager TCR Australia. “There were quite a few media present too, so it shows that there is some positive intent for the class for next year and beyond. We had a good mix of young and experienced guys and girls drive the cars. I’m looking forward to seeing who lands with what teams in the future.”