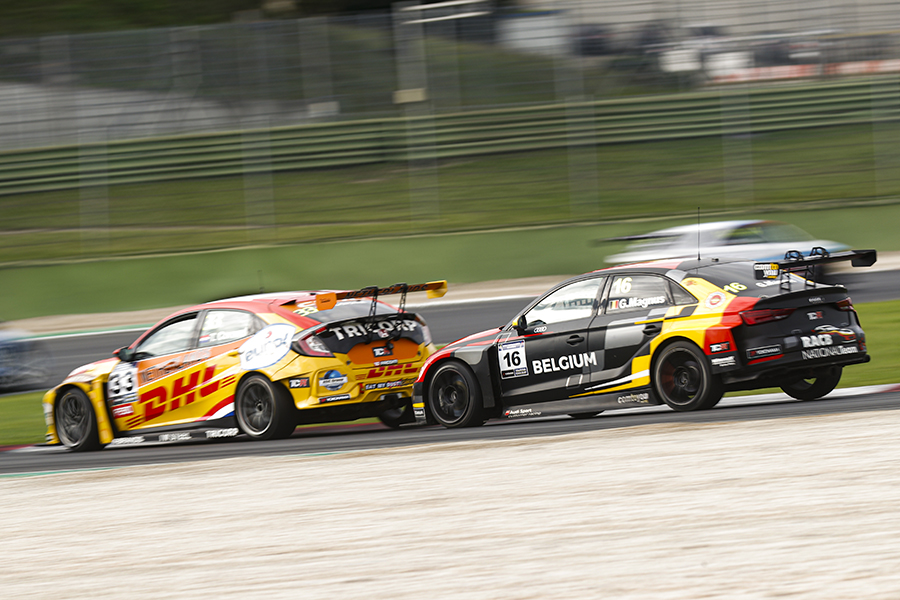 Drivers’ quotes after Race 1 at Vallelunga

Klim Gavrilov (first): “I wouldn’t say it was a dominant victory, because we had struggled to find the speed in Practice and Qualifying. In this kind of races anything can happen, and I’m pleased, because it was a good race for me. I took a very good start and managed to keep Homola behind. I knew that if he was able to stay right behind me he could take advantage from the slipstreaming and try to pass. So I pushed as much as I could to pull away from him and keep my own pace until the end.”

Mat’o Homola (second): “It’s not a bad start, second in Race 1. We have worked a lot to improve the car from yesterday’s Practice. I had a good start and pushed all the time, like I was in Qualifying. But the Audi was a bit faster almost everywhere and it was not possible to catch Gavrilov. I have to thank the team, this is my first event with them and I was impressed by their way of working. Now I’m looking forward to tomorrow’s Race 2; it will be difficult with two Audi cars in front of me, but I will try my best.”

Gilles Magnus (third): “It was definitely a tough race. We knew after Qualifying that starting from P6 would make it difficult. Then my handbrake broke on the grid and I had to manage the start without, which is complicated. So I didn’t recover any positions at the start, but after that I pushed like hell, attacking at every corner, although the guys in front of me were defending well. Especially Tom (Coronel) who is not an easy guy to pass… I tried my best and now I’ll start Race 2 from the pole, so I’m looking forward to it.”