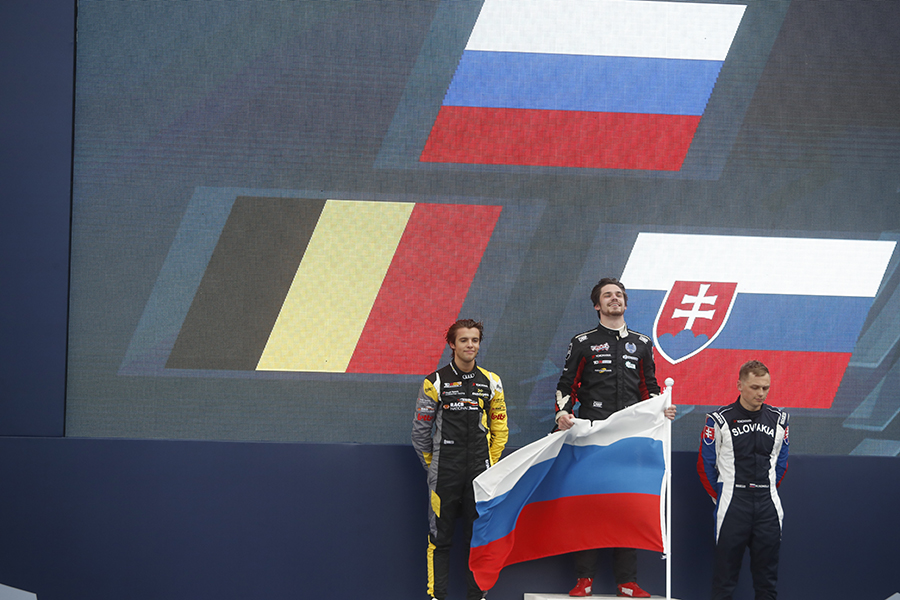 Klim Gavrilov (Gold Medal): “It’s great to be the first Golden Medallist for Touring Car. I’m very proud of myself and the team for this achievement. It’s just amazing! I had started the event in the proper way with victory in yesterday’s Race 1, so I knew that finishing second would be enough to win Gold. I let Magnus pull away, as I did not want to take any risks, but when the race resumed after the safety car period for the last lap I had to fight hard to defend the second position. Coronel hit me a couple of times, but I managed to stay on the track and keep him behind. It was a tough, but fair fight, as this is real Touring Car racing!”

Gilles Magnus (Silver Medal): “I did the maximum I could. Obviously I knew my chances of win the Gold Medal had been jeopardized by qualifying sixth in Race 1 and finishing P3. I had nothing to lose today, so I pushed all the way to the maximum and gave it all I had. I wanted to finish on a high note by winning the second race and I managed to do it. I thank Comtoyou Racing for giving me a perfect car and I believe we deserved to win the Silver Medal in such a nice event.”

Mat’o Homola (Bronze Medal): “I knew that would have been tough for me to score enough points in the second race to finish on the podium. I tried to manage and avoid mistakes on a track that was in such tricky conditions. In the second part of the race I realized it was not possible to even overtake Coronel and so I focused on scoring the points that would secure the Bronze Medal. I’m happy because it was my first time here at Vallelunga and with a new team.”