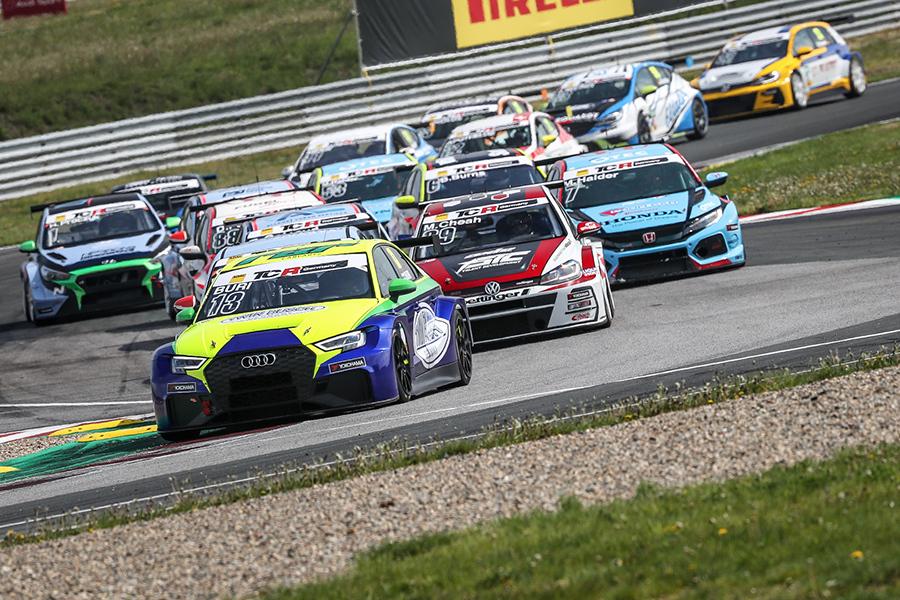 In 2018 the ADAC TCR Germany delivered two spectacular races at Hockenheim for the season's finale. This year the Baden-Württenberg circuit receives the championship for its penultimate event.
Finland's Antti Buri (LMS Racing, Audi RS 3 LMS) tops the table with 320 points, 22 over Max Hesse (Team Engstler, Hyundai i30 N), while the two other title contenders are Harald Proczyk (HP Racing, Hyundai i30 N) and Mike Halder (Profi-Car Team, Honda Civic FK7) who are 38 and 46 points behind respectively.
Proczyk and Halder were last year’s winners and the Austrian secured the title ahead of Luca Engstler and Niels Langeveld. It is interesting to point out that all the three seasons of TCR Germany held so far have ended with a foreign champion: Josh Files from UK in 2016 and 2017, Proczyk in 2018. Hesse and Halder have the opportunity to become the first German champion in the series.
For the Hockenheim weekend, Target Competition has entered two Hyundai i30 N cars for TCR Europe regulars Andreas and Jessica Bäckman; Jessica had already taken part in the second event of the season at Most driving Hyundai Germany’s guest car that will be in the hands of TV presenter Franz Simon at Hockenheim.
The races are scheduled to start at 17:15 on Saturday and 14:40 on Sunday (local times, CET); they will be streamed live at www.tcr-series.com and www.tcr-series.tv.