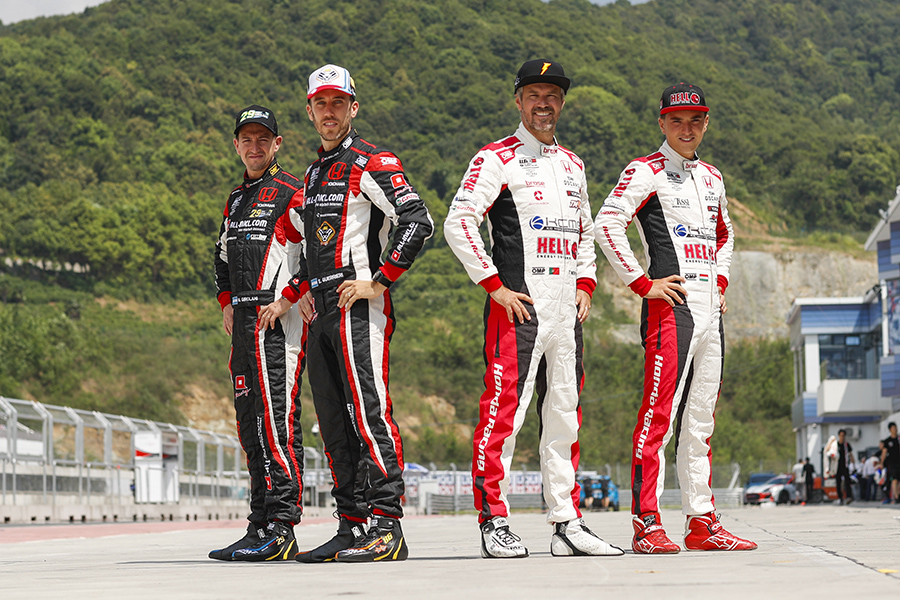 Honda Racing confirmed its four-driver line-up for the 2020 WTCR: Esteban Guerrieri, Néstor Girolami, Tiago Monteiro and Attila Tassi.
The customer racing teams that each driver will represent will be announced at a later date.
Guerrieri won four races in 2019 on his way to second place in the end-of-season standings. His countryman Girolami, added three victories of his own. After missing most of 2018 through injury, Monteiro’s highlight was the victory on home soil on the streets of Vila Real. Tassi became the WTCR’s youngest polesitter in Portugal and secured a best race finish of fourth.

Guerrieri said: “After a fantastic season in 2019, I’m so excited to be staying with Honda in 2020 and really feel we can push for the title, that we so narrowly missed out on, once again. The Civic Type R is a fantastic car in so many ways and I can’t wait to get back behind the wheel for testing.”

Girolami said: “Three wins was more than I was expecting in 2019 and it’s a great place from which to start my preparations for 2020. Last year I really enjoyed my season as team-mate to Esteban and I’m sure that I can be even more competitive going forwards and fight for the championship myself and for my team.”

Monteiro said: “My comeback year in 2019 was tough as the level of competition was higher than it’s ever been in World Touring Cars and we all had to get fully up-to-speed very quickly. The win in Portugal and the pole position in Japan were some of the best feelings I’ve ever had in a racing car and I’m keen to add more successes this season and fight for the world title.”

Tassi said: “I’m very pleased to continue as a Honda Racing driver in the WTCR. I had some very good moments in my rookie season, like my pole position in Portugal and the Nürburgring event where we had podium-pace. If we can avoid some of the bad luck that happened then I think I can take a big step forwards.”