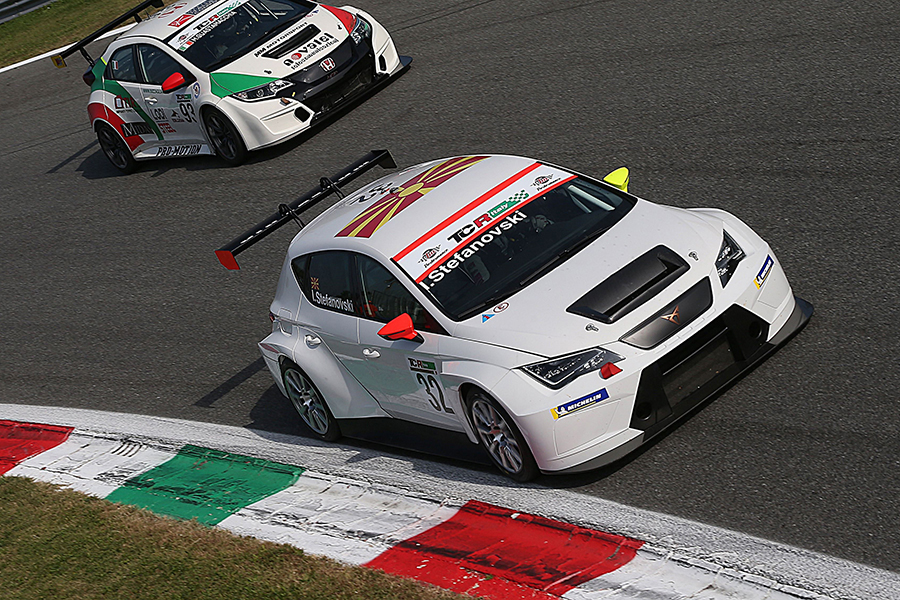 From this weekend’s second event at Misano’s Circuit Marco Simoncelli, Macedonian driver Igor ‘Idze’ Stefanovski joins the TCR Italy championship for the rest of the season.
A former European Hill Climbing champion (in 2014 and 2015), Stefanovski spent last year racing a Hyundai i30 N in the TCR Europe series and on top of this made a one-off appearance at the wheel of a CUPRA in TCR Italy’s finale at Monza, where he claimed pole position and fought for the podium places in both races before being hit by a couple of penalties – one for track limits and the other for an incident with Enrico Bettera – that dropped him to sixth and tenth respectively.
The 33-year old from Skopje returns now to TCR Italy in a CUPRA run by his own LPR Stefanovski Racing Team.