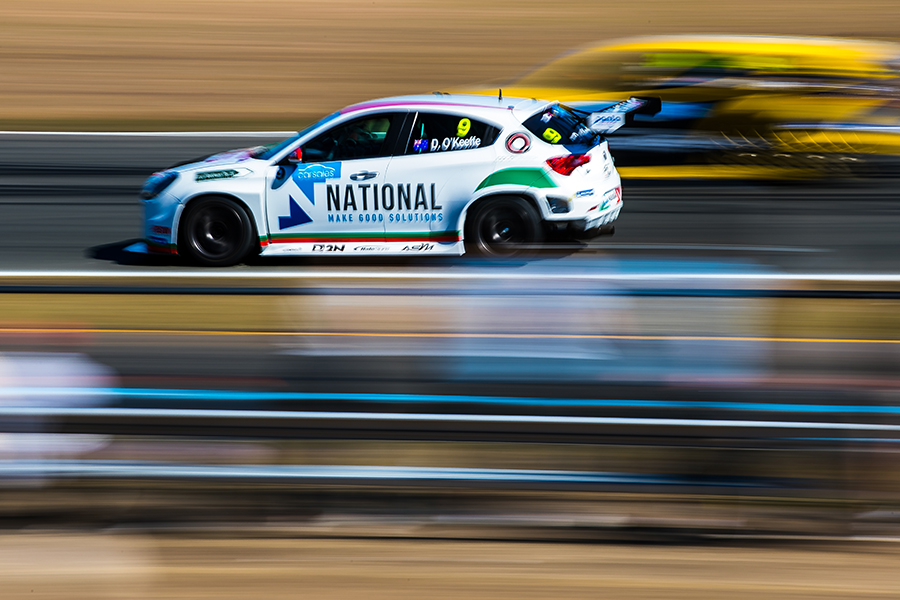 O’Keeffe wins Race 2 and gets closer to Brown

Dylan O’Keeffe claimed his third victory of the season in TCR Australia as he dominated the second race at Queensland Raceway.
O’Keeffe’s Alfa Romeo started from pole after Saturday’s winner Jean-Karl Vernay was withdrawn because he fell ill; the Frenchman was replaced by Aaron Seton in the Melbourne Performance Audi RS 3 LMS.
After missing Race 1, Chris Pither’s Renault made the grid following an engine change, while André Heimgartner’s Holden Astra was withdrawn after it blew the engine in Race 1.
O’Keeffe sprinted to the lead at the start from Tony D’Alberto, Russell Ingall, Jordan Cox and Aaron Cameron. On lap 1, Nathan Morcon overtook Cameron for fifth, but Cameron retook the position on lap 3, while Leanne Tander moved into seventh passing John Martin. Then Cameron overtook Cox for fourth and closed in on Ingall.
As O’Keeffe pulled away, D’Alberto was struggling to keep Ingall and Cameron behind, while there was a great fight for the seventh position between Leanne Tander, Martin, James Moffat and Will Brown.
Between lap 13 and 14, both Ingall and Cameron overtook D’Alberto, moving up into second and third. They began to close the gap from O’Keeffe, but the latter controlled and won the race, with Ingall and Cameron joining him on the podium, D’Alberto finished fourth, Cox fifth, Morcom sixth and Martin seventh.
Victory meant that O’Keeffe was able to cut 24 points off his gap from the championship leader Brown, who was classified tenth. Brown’s margin went down to 78 points.
Race 3 will follow at 14:20 local time (6:20 CET); live streaming at www.tcr-series.com and www.tcr-series.tv.