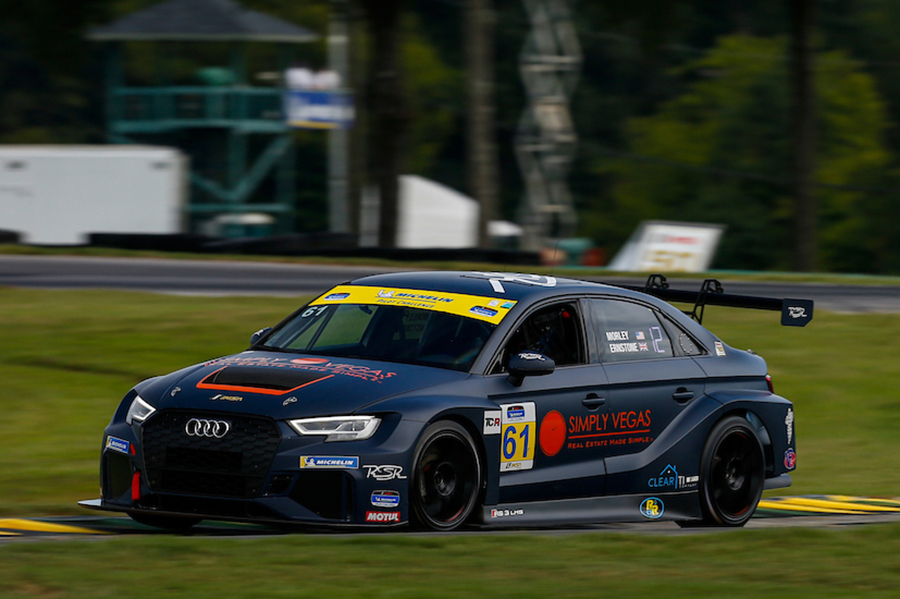 After an unexpectedly successful debut season that resulted in a podium in only the third start in the IMSA Michelin Pilot Challenge and a win in their ninth race, Road Shagger Raving has announced they’ll be back in 2020. Gavin Ernstone and Jonathan Morley will be sharing once again the Audi RS 3 LMS that carried them to third in the TCR Championship.

“We are delighted to announce our continued partnership with Audi,” Team Owner Gavin Ernstone said, “but also thrilled to announce the retention of our entire team of incredible people who helped make our inaugural season so successful.”

After a series of strong performances to end the 2019 season, Crew Chief Ben Kerrigan will be back to lead the team. Mike Morgan will return as Car Chief and will continue to work with Engineer Erik Petersen to give Ernstone and Morley the best-prepared car on the grid. Strategist/Spotter Trevor McClure made some big calls last year and will be back with the rest of the fastest crew in the west (Dallas Mucci, Kevin Bachand and Deb Barton) to make sure the car always finds its way to the front.