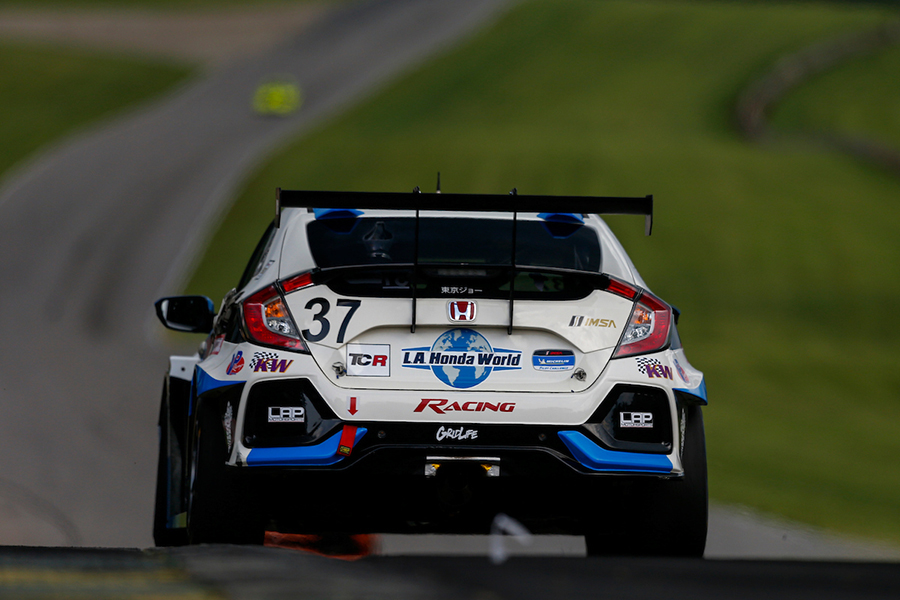 Taylor Hagler will team up with Ryan Eversley

Rising star Taylor Hagler will co-drive with Honda Performance Development driver Ryan Eversley for a full-season campaign in the TCR class of the 2020 IMSA Michelin Pilot Challenge. The duo will share the driving duties in a Honda Civic Type R fielded by LA Honda World Racing.
The 24-year-old lady driver from Bulverde,Texas, will make her IMSA debut at Daytona International Speedway for the season opener on January 23/24.

“I’m happy to be continuing my association with Honda and HPD for my 11th season!” exclaimed Eversley who was the TCR champion in the 2018 Pirelli World Challenge. “The LA Honda World team has won a lot of races and I’ve admired what they’ve accomplished from a competitors standpoint and I know they’re going to be great to work with. Taylor and I are ready to go and looking forward to getting the season started.”

"It is really cool to be paired with Ryan,” said Hagler. “He is a long standing Honda driver and one that I watched in IMSA races when my dad and I traveled to Daytona and Road Atlanta as fans.”

Prior to racing, Hagler spent ten years in equestrian show jumping competition before trading the horse for horsepower – a natural progression as she and her father are both lifelong sports car racing fans. At Daytona, she will take another big step up sports car racing’s ladder with her debut with LA Honda World in the Michelin Pilot Challenge competition.