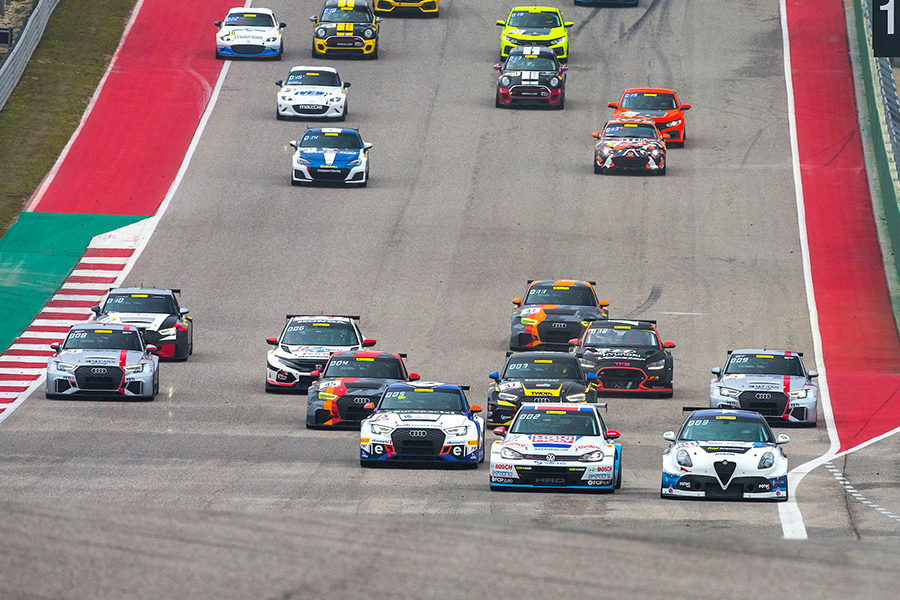 TC America resumes on the street of St. Petersburg

Only one week after the season’s opener at Austin’s Circuit of the Americas, the TC America series resumes at St. Petersburg’s street circuit in Florida.
Mason Filippi, who dominated the event in Texas and leads the standings, will be forced to skip this weekend’s race meeting. In fact his Hyundai Veloster N car has been already trucked to Sebring where it will take part next Friday in the second round of the IMSA Michelin Pilot Challenge. The distance between the two circuits is just a little more than 100 miles, however, the team didn’t want to risk damaging the car in a race incident on St. Petersburg’s tricky street course.
Filippi’s absence will give his rivals the opportunity to fight for victories in the two 40-minute races. FCP Euro’s Nate Vincent and Michael Hurczyn appear to be the top seeds in their Volkswagen Golf GTI cars, after they claimed one second and one third apiece at COTA and are jointly second in the points. Their main competitor will be James Walker in the Risi Competizione Alfa Romeo Giulietta who was fourth in Race 2 at Austin.
A bunch of drivers in Audi RS 3 LMS cars will be fighting for the honour in the DSG Cup that is currently led by the Canadian Alain Lauzière who won twice in the opening event for Alphasonic Motorsport.
The races in St. Petersburg will take place Saturday at 17:25 and Sunday at 16:40 local time (23:25 / 22:40 CET); they will be streamed live at www.tcr-series.com and www.tcr-series.tv.