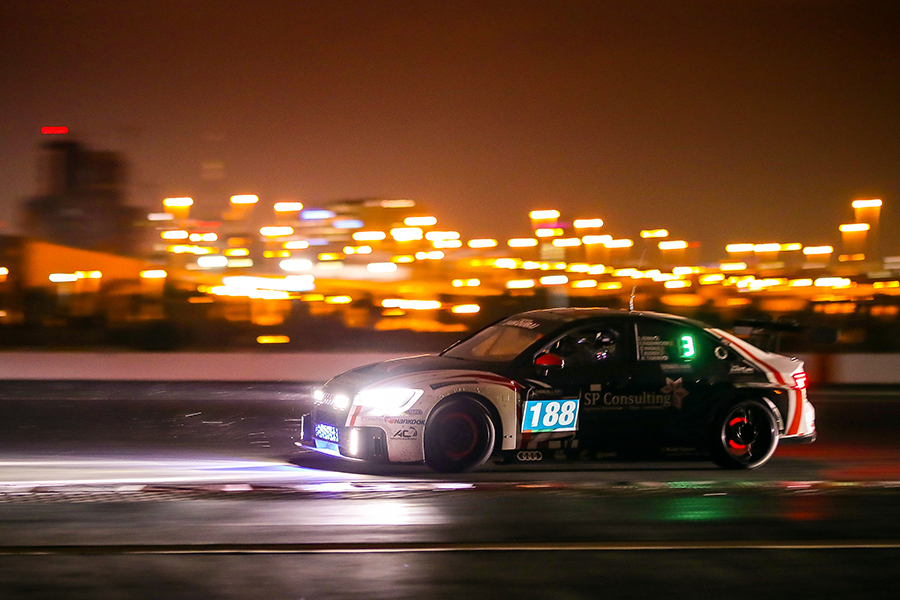 The 24H Dubai suspended after seven hours due to heavy rain

The 24H Dubai, opening round of the 24H Series Continents was suspended after seven-and-half hours due to extremely heavy rainfall and did not resume.
At 22:17 local time, the red flag was shown to the competitors, as the weather conditions were having heavy impact on the entire city and the circuit. Despite the best effort of the Dubai Autodrome’s staff and Creventic’s officials to resolve the situation, the water level on track and in the pit lane continued to rise throughout the night.
Eventually, in mutual agreement, Creventic and the Dubai Autodrome took the decision not to resume the race on grounds of safety.
At the moment of the suspension, the AC Motorsport Audi RS 3 LMS driven by Canadian Matthew Taskinen was leading the TCR class and the TCE category, one lap clear of the Lestrup Racing Volkswagen Golf GTI of Marcus Fluch that had started from the pole position, while the Autorama Motorsport by Wolf-Power Racing Volkswagen Golf GTI of Alberto Vescovi was running in third position, two laps behind the leader.
The AC Motorsport car that Taskinen shared with Stéphane Perrin, Vincent Radermecker, Gilles Magnus and Tom Boonen was declared the winner.
The next event of the 24H Series will be the 12H Monza on March 27th/28th, first round of the Europe Series.