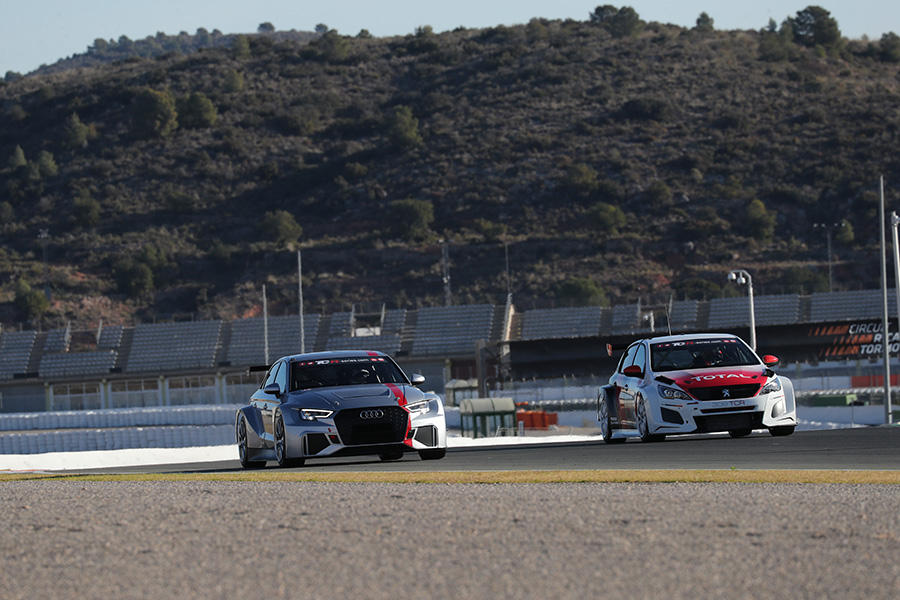 The TCR Balance of Performance test began today at Valencia’s Circuito Ricardo Tormo.
The eleven brands represented appointed their own test drivers to set up the cars before the official TCR testers Daniel Lloyd and Gianni Morbidelli took over to go through the BoP programme.
The list of test drivers includes: Mario Ferraris in the Alfa Romeo Giulietta, Rahel Frey in the Audi RS3 LMS, Josh Files and Esteban Guerrieri in the Honda Civic 2017 and 2018 cars, Gabriele Tarquini in the Hyundai i30 N, Mike Halder in the KIA C’eed, Mikhail Grachev in the LADA Vesta, Alexander Heil in the Opel Astra, Aurélien Comte in the Peugeot 308, Franjo Kovac and Alex Morgan in the Renault Mégane, Jordi Gené in the SEAT León and Dieter Depping in the Volkswagen Golf GTI.
After all cars went through the scrutineering, the programme was equally split between track testing, checks of the centre of gravity and on the rollers of the BAPRO dynamometer bench to measure dissipation of power, shaft-power, shaft-torque and boost pressure.
All cars are running on the minimum weight of 1265 kilograms, including the driver.
Morbidelli was involved in a high-speed crash at Turn 1 while driving one of the Vuković Motorsport Renault Mégane cars; the incident was caused by a broken brake duct, the car was badly damaged and the Italian driver was treated at the circuit’s medical centre for bruises at his right foot.
A selection of pictures is available here.