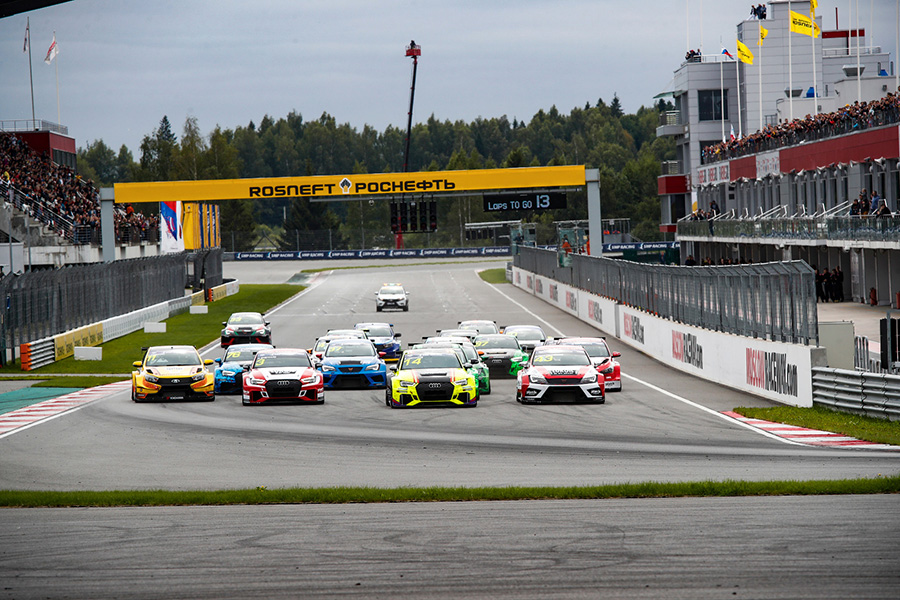 Will Dmitri Bragin be able to be crowned champion of TCR Russia for the fourth consecutive year? The series' finale at Sochi will provide the answer this weekend.
Bragin (TAIF Motorsport, Hyundai i30 N) leads the standings with 191 points. The only two drivers still in contention are Kirill Ladygin (LADA Sport Rosneft, LADA Vesta Sport) and Klim Gavrilov (VRC Team, Audi RS 3 LMS).
Team strategy helped Ladygin to win the second race in both the two previous events when Mikhail Grachev and Mikhail Mityaev allowed him to pass during the last lap. And so he has moved into the second place, 15 points behind Bragin. Gavrilov, who seems to be the fastest of the trio, is currently placed third, 18 points from the leader.
The count of race victories for the current season sees Ladygin at 4, Gavrilov at 3 and Bragin at 2.
When the championship visited Sochi last year, Gavrilov and Bragin took one race win apiece.
For this weekend’s event LADA Sport confirmed that Mityaev will replace Grachev in the second car like at Moscow Raceway.
Both races at Sochi will start at 14:55 local time (13:55 CET) on Saturday and Sunday respectively; they will be streamed live at www.tcr-series.com and www.tcr-series.tv.