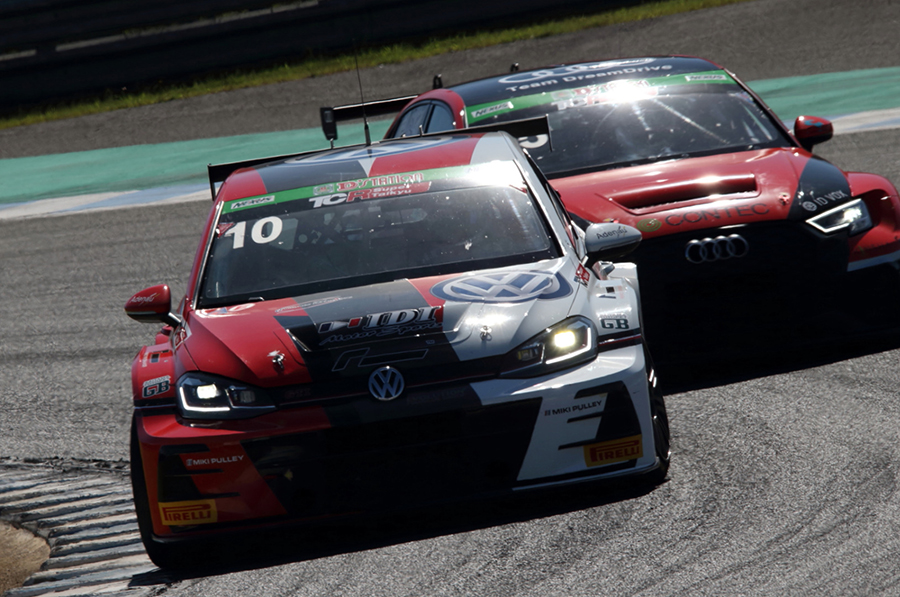 The battle for the TCR class title in Super Taikyu went down to the wire and will be decided in this weekend's 3-hour race at Okayama.
Three different brands may still clinch the title: Volkswagen, Audi and Honda, with six teams covered by only 14 points.
Although it has not win any race so far, the Golf GTI run by Adenau-Racingline (Philippe Devesa-Jake Parsons-Shogo Mitsuyama) leads the standings with 79.5 pts. Half-a-point behind, joint in second position, are the Audi Team DreamDrive (Naoto Takeda-Takuya Shirasaka-Shozo Tagahara) and the Modulo-DOME Honda Civic (Tadao Uematsu-Shinji Nakano-Mitsuhiro Endo-Hiroki Otsu).
They are followed by three other Audi cars: Team BRP's, Team Mars' and Waimarama Kizuna Racing's with gaps of three, nine and 14 points respectively.
31 points will be awarded to the winners and so a thrilling battle is expected, with the six teams fighting until the bitter end.