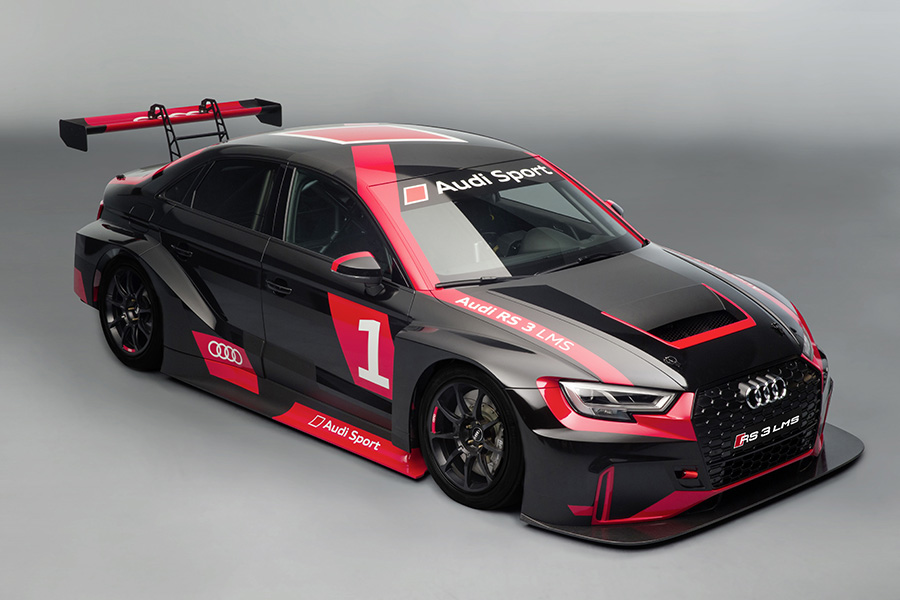 Audi became the latest car brand to confirm a TCR model when the German manufacturer took the wraps off the RS 3 LMS on its stand at the Paris Motor Show today. The car, in sedan form rather than a hatchback, will bring Audi’s legendary four rings into TCR and will expand the availability of Audi Sport racing cars to an even broader audience.
Audi Sport Customer Racing, which builds and markets Audi R and RS models for competition, plans to start deliveries of the new car to customers this December ahead of the 2017 season.

Stephan Winkelmann, Audi Sport Managing Director commented: “Audi has been active in motorsport at the highest level for generations. The Audi R8 LMS has since become the market leader in its segment. We have the same plans for the Audi RS 3 LMS, which offers customers an attractive opportunity to get started in Audi racing.”

Chris Reinke, the Head of Audi Sport Customer Racing, added: “The TCR market has even larger potential than that of the GT3 category. In 2016, there were ten TCR series with races in 18 countries, and more and more series are being added. With the TCR version of the RS 3 we’re also reaching countries where no GT3 races are held. The costs for a TCR car are very low. As a result, we’re going to win new customers for Audi Sport as well. In terms of support and parts supply, they’ll benefit from the experience we’ve been gathering with the Audi R8 LMS since 2009, which our GT3 customers have come to appreciate.”