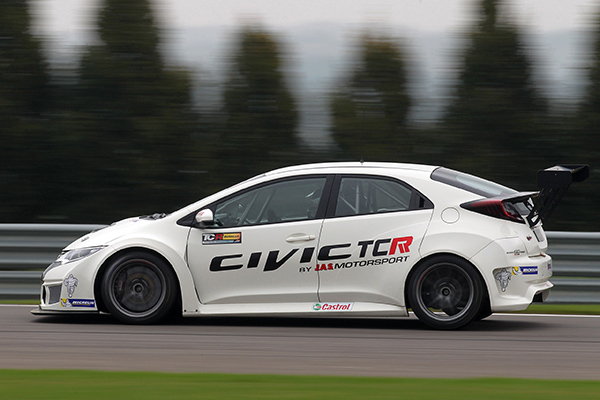 Civic TCR ‘Step 2’ is ready for debut in Thailand

The JAS Motorsport-built Honda Civic TCR has undergone significant technical developments in recent weeks. The ‘Step 2’ version of the Japanese car will make its racing debut next week in Thailand.

“The most significant update concerns the engine,”explained the JAS co-owner Maurizio Ambrogetti. “The first version of the Civic TCR was powered by a normally-aspirated engine with the addition of a turbocharger. The ‘Step 2’ car is powered by the production turbocharged unit from the new Civic Type-R. We are confident that this will give our TCR customers a solid base for the 2016 season.”

The engine might represent the peak of the technical update, but a number of other small changes have also been made. “We have adjusted something here and there on the basis of the experience we had gained during the season so far. Indeed, the Civic TCR has been tested and developed in racing conditions during all the previous events. Now the two final rounds in Thailand and Macau will help us to test the changes that will be implemented in the cars that will be available to customers in 2016,”Ambrogetti said.

Meanwhile, production of the Civic TCR is quickly moving forward. “We have just completed the fourteenth chassis and our goal is to build and sell twenty-five cars before the beginning of the 2016 season. We wish to have at least two cars running in each TCR series.”