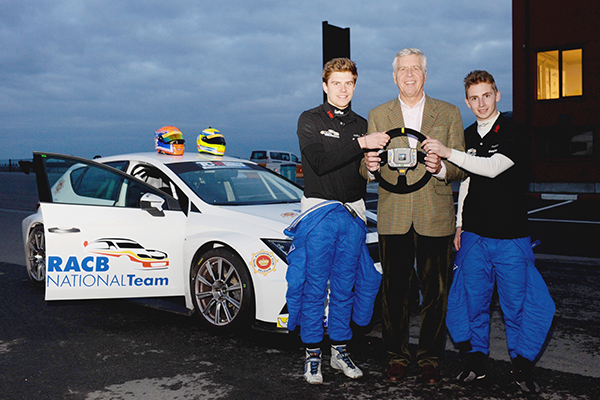 Sam Dejonghe and Denis Dupont are the winners of the RACB selection launched to foster young talents in TCR racing. The pair will share the wheel of a RACB National Team-supported SEAT León TCR in the 2016 TCR Benelux Series.
Dejonghe and Dupont emerged as winners among the eight contenders that reached the final stage of the selection, which took place at the Jules Tacheny circuit in Mettet on 11 and12 November. After being coached by Bas Leinders and Marc Duez, the eight racers measured themselves over two timed runs of 4 and 6 laps respectively, at the wheel of a SEAT León TCR.

Geoffroy Theunis, manager of the RACB National Team, commented: “We are delighted to welcome Sam and Denis in the group of young talents of all disciplines supported by the RACB, and we are impressed with the very high level and the success of this initiative,” which attracted no less than 565 candidates.

Dejonghe (24) who has experience in karting and single-seaters, with successes in the European F.3 Open, stated: “This is an extraordinary opportunity for me at this stage of my career,” while Dupont (22) who had previously contested a similar RACB selection for single-seater drivers, commented: “My dream to be part of the RACB National Team has eventually come true!”

In the picture, from left: Dejonghe, RACB President François Cornélis and Dupont.