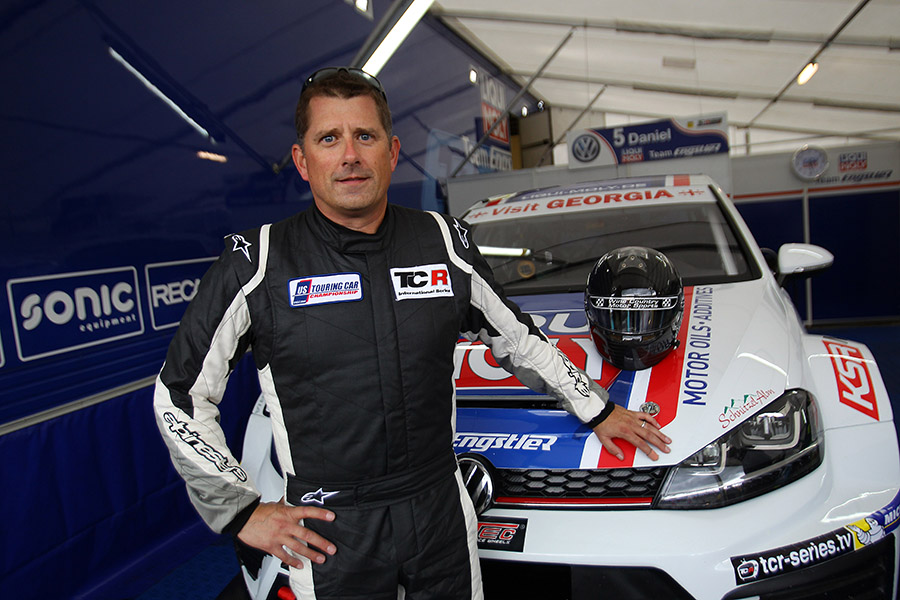 The Liqui Moly Team Egstler will run a third Volkswagen Golf Gti car in this weekend’s TCR International Series event at Oschersleben.
Gary Sheehan, from United States, will join the team’s regular Davit Kajaia and newcomer Niklas Mackshin. Sheehan, from San Francisco, is a top contender in the US Touring Car Championship that he won twice in 2000 with a Honda Civic and 2014 in a Hyundaï Genesis. He also finished as a runner up four times (2001, 2002, 2003 and 2015). He has also raced in the US Formula 2000, the Grand-Am, the Speed World Challenge and the Global Time Attack series, in the latter with a 900bhp Scion TC.

"This is a dream coming true for me. I am super-excited to be debuting in the TCR International Series this weekend and I am thankful to TCR, USTCC, Liqui Moly Team Engstler and everybody who made this possible. I also thank JBR who gave me the possibility to test for a couple of laps yesterday with one of their SEAT cars. It will be a great opportunity to be at the wheel of a TCR car and I look forward to the fun and to seeing where I stand with respect to great drivers racing in the series," the San Franciscan said.

USTCC promoter Ali Arsham added:"Gary is one of the top USTCC drivers and it's nice to see him having this opportunity to show his talents to a much wider audience. This hopefully will open the doors to seeing more USTCC drivers in TCR. That would be a great promotion for the TCR concept in America, right ahead the start of the TCR Las Américas series later this year."

TCR promoter Marcello Lotti echoed: "We are delighted to welcome Gary Sheehan for this event. The presence of one of the top USTCC drivers is very important to us, as it will help Ali Arsham and his team to promote the TCR concept in the US. I trust Gary will enjoy the experience and do well, so he can become a TCR ambassador when back home in America and contribute to raise interest among his American colleagues."