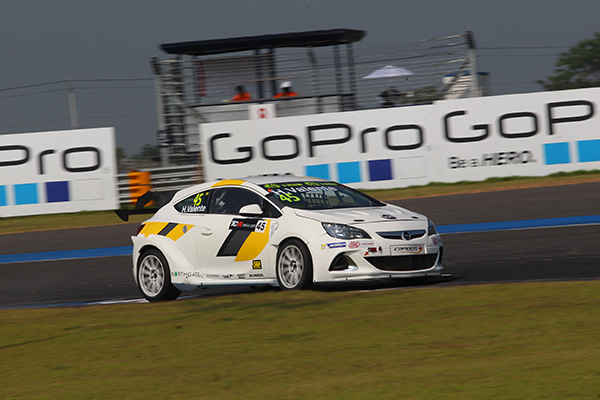 In a double last minute deal, Campos Racing has signed British drivers Josh Files and Dan Wells to race in its two Opel Astra cars for the Macau Guia Race, final event of the TCR International Series.
Files and Wells are both 24 years old and proved competitive, but they had developed different racing experiences.
Josh Files is a touring car and front wheel-drive expert. He won races and titles in the Renault Clio Cup and his best season was 2013, when he was crowned champion in both the European and the British series. However, he has never raced at Macau.
On the contrary, Dan Wells is a pure single-seater racer. He debuted in the British Formula Renault before moving to the Far East, where he was a title contender in the Chinese Formula Pilota and Formula Masters series. During the current season he dominated the Asia Formula Renault, winning ten races and the title. Wells has also raced at Macau, finishing a brilliant second in the 2013 Formula Masters Invitational Race.