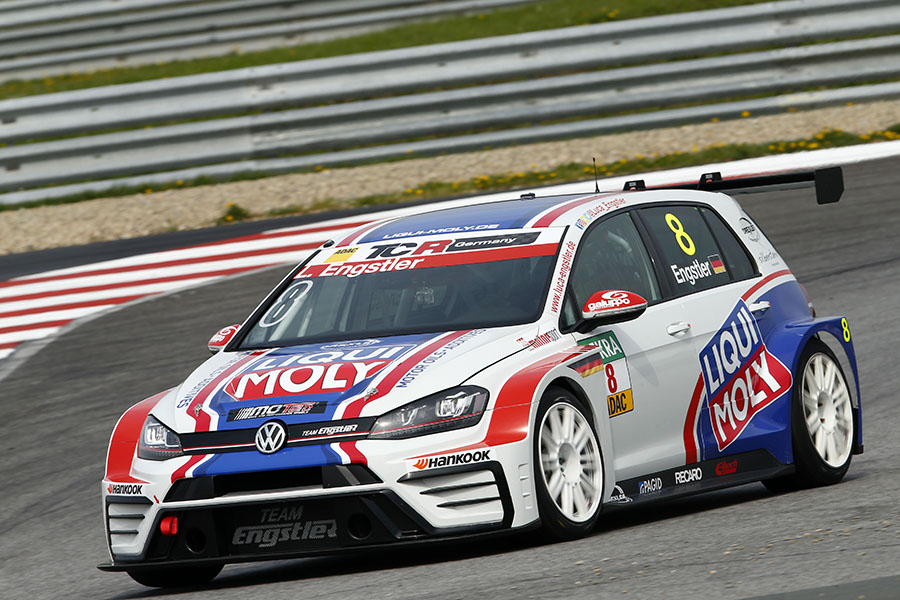 Luca Engstler will make his debut in the TCR International Series at Oschersleben. The 17-year old son of Franz Engstler will be at the wheel of a Volkswagen Golf GTI run by his father’s Junior Team Engstler.
The German teenager has successfully moved his first steps in Touring Car competition by winning his maiden race: the opening round of the TCR Middle East Series at Dubai last January. He eventually was classified third in the series’ final standings.
Engstler is currently competing in the ADAC TCR Germany series of which he’s leading the Junior Trophy.

“It will be a very stressing weekend as I will race in both the International and the German series. I will need to make an effort to maintain concentration amongst all the sessions and races. My priority remains the Junior Trophy of the German series, but I also wish to make a good impression while racing against the top drivers of the International Series,” said Engstler.