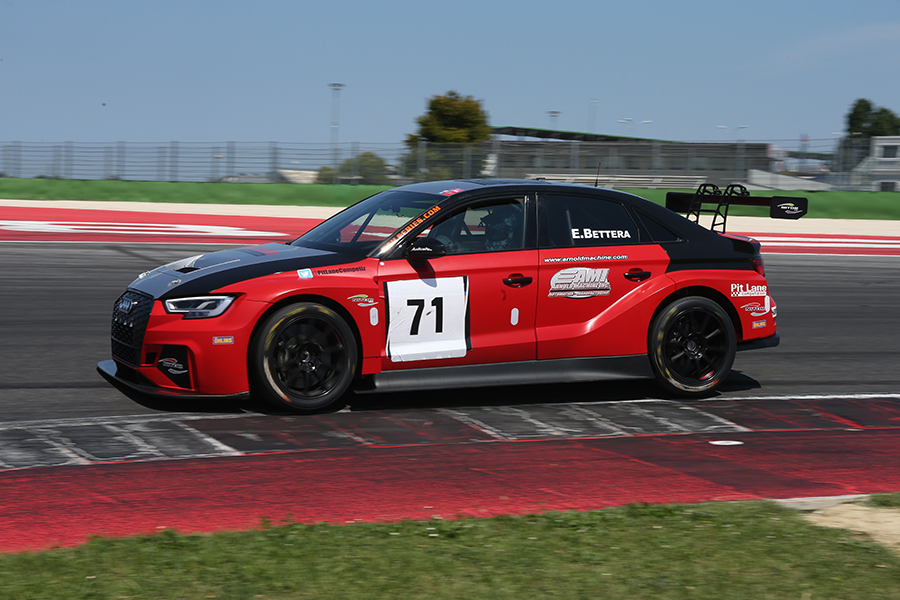 One of the very first Italian teams to commit to TCR last year, Pit Lane Competizioni will make its first appearance in the International Series at the Salzburgring fielding an Audi RS3 LMS for Enrico Bettera.
The team is already taking part successfully in the TCR Italy series with Bettera’s Audi and a SEAT León for Nicola Baldan who won the first race at Misano last Saturday. Pit Lane Competizioni is also running a parallel programme in the 24H Series.

Bettera was a three-time Touring Car champion in the Italian Cup (2013 to 2015) before switching to TCR Italy in 2016 in which he scored one race win on his way to being classified sixth in the final standings. "This is a new and stimulating challenge. We started in TCR last year with one win and three podiums, this season we have finished second in the Silverstone 24 hours, now we are ready for the next step. I haven’t fixed any goal, because the level of the International Series is extremely high, but we can learn a lot by racing against the best teams and drivers."

Team principal Roberto Remelli echoed:"We have believed in TCR from the beginning, running three cars in the Italian series and one in the 24H Series. Enrico was the driver who gave the team its first victory in TCR and we are very pleased to make our first appearance in the International Series with him. For the moment it’s just a foretaste, but racing at an international level has always been a tempting challenge for us..."