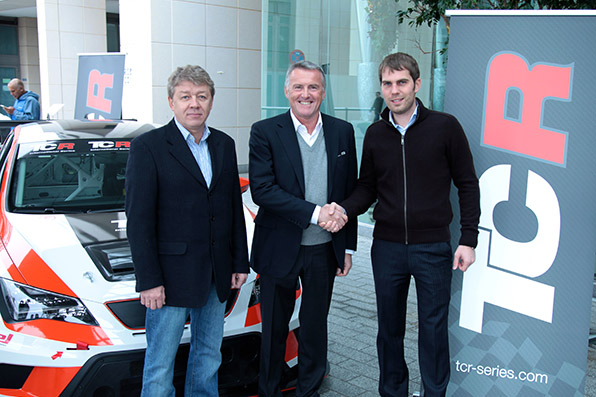 Russia to embrace the TCR concept

Russia’s National Sporting Authority, RAF, was the latest federation to announce it will embrace the TCR concept from 2015.
Starting from this year, the TCR Russian Championship will run as a promotional category within the well-established Russian Circuit Racing Series, with a full season of competition in 2016.

Oleg Petrikov, promoter of the RCRS explained: “One of our teams has already purchased some cars to compete in the TCR category. This year they will participate in the Touring class, competing with the S2000 cars; the RAF has determined a balance of performance for both types of vehicles. From 2016 the TCR Russian Championship will be a separate class in the Russian Circuit Racing Series.”

Further announcements regarding the new TCR Russian series will be made in due course, including teams, cars and the 2015 calendar.

In the picture, from left: Mikhail Konovalov, Marcello Lotti and Oleg Petrikov