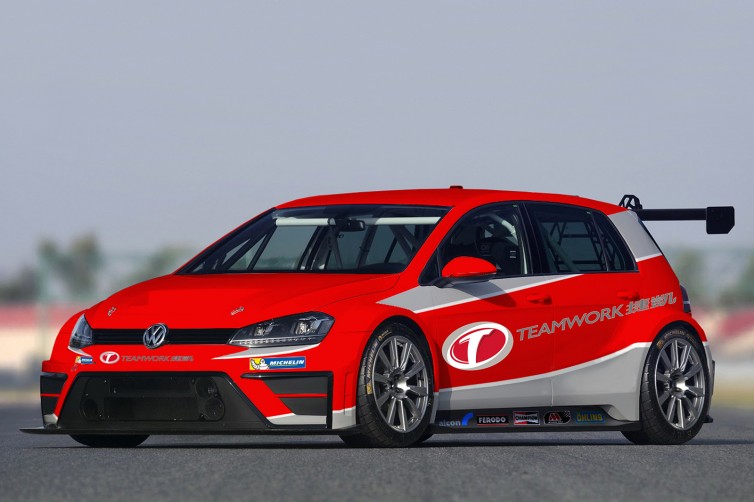 After revealing its entry into the 2016 TCR Asia Series last month, Chinese Touring Car outfit TeamWork Motorsport unveiled its driver lineup ahead of the opening round of the new season, which gets underway in South Korea in two weeks time.
Experienced Macanese driver Kevin Tse and Hong Kong-based American Bill O'Brien will spearhead the team in TeamWork’s newly acquired Volkswagen Golf Gti TCR cars.
Tse is no stranger to the circuits of Asia, having competed in a variety of categories since 2005. Over ten years in the sport he has raced in and won in many different cars and categories such as Lotus Cup, Formula Geely, VW Scirocco Cup, Lamborghini Super Trofeo, Porsche Carrera Cup, Asian Le Mans Series, Dubai 24-Hours, and a round of the Chinese Touring Car Championship with the Ford Factory team in 2015.

Tse admitted. “TeamWork Motorsport is a new team for me, but I have known a few key personnel from the team for some time so it’s not completely ‘new’. I know there will be some intense competition this year, so right now I am trying not to think too much about results. I just want to focus on my own performance and let the results speak for themselves. I hope my experience in different cars and tracks can create an edge for us.”

With more than 30 years of racing experience - much of it in Asia - O’Brien has great knowledge in a variety of cars across many of the Asian circuits. More than just a racer, O’Brien also formed his own racing team - BlackArts Racing - in 2015 that clinched the Driver’s and Team’s titles in Asian Formula Renault 2.0 that year.
“I think my experience in racing plus TeamWork’s expertise in Touring Cars will make us a strong squad,” he explained. “I may have relatively less experience in a front-wheel-drive race car, but the racing principles are the same.  I am sure once I get a good feel for the