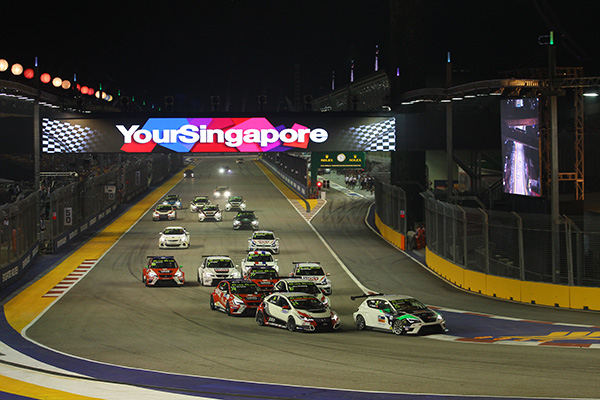 The calendar of the 2016 TCR International Series will follow the same pattern as that of the maiden season, but with a few important changes of venues.
The series is aiming to support three Formula 1 events once again. “We are currently negotiating with the Formula One Management, and our wish is to be part of the Bahrain, Singapore and Malaysia Grands Prix. Which would result in a season’s kick off in Bahrain on April 3,” promoter Marcello Lotti explained.
Six other race meetings will be held in Europe at Estoril (24 April, with the GT Open and TCR Portugal), Spa (8 May, with the World Endurance Championship), Monza (22 May, with TCR Italy), Salzburgring (5 June), Oschersleben (19 June, with TCR Germany) and Sochi (3 July).
The TCR International Series will then move to the Far East for the final part of the season with the two F1 events at Singapore and Sepang, China (together with the China Touring Car Championship), Thailand and the Macau Guia Race on November 20.