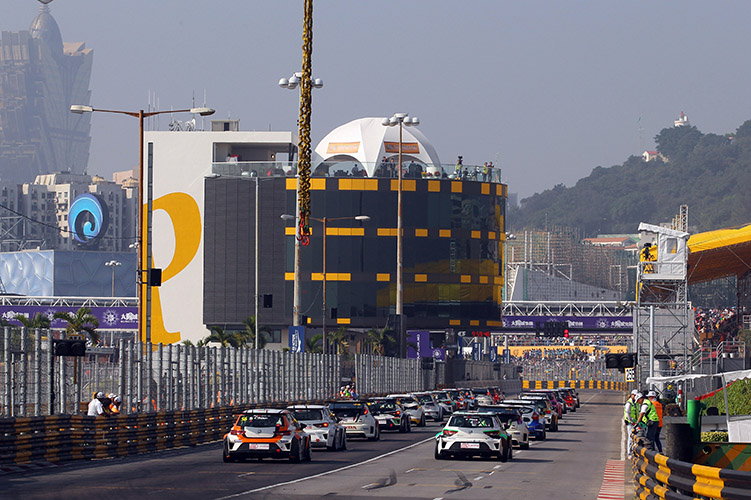 The Technical and Sporting regulations of the 2016 TCR International Series have been unveiled. Compared to last year’s successful inaugural season, only a few minor changes have been introduced.

The Technical Regulations now explicitly ban driving aid systems such as ABS, ESP (Electronic Stability Program) and TCS (Traction Control System). The minimum weight of the cars has been reduced by 10 kilograms, from 1260 to 1250 kg for the cars fitted with a production gearbox and from 1295 to 1285 kg for those fitted with a racing gearbox (all weights include the driver). The use of a 100-litre fuel tank is now allowed.
The Balance of Performance may now be adjusted only by changing the minimum weight in a range between +70 kg and -20 kg or by implementing the engine performance level by monitored electronic components. The ride height and engine restrictors are no longer adjustable elements of the BoP.

The Sporting Regulations retain the event format, with one Qualifying session split into Q1 and Q2, the top-ten reverse grid for the second race and the race distance of 60 kilometres. That format is subject to adjustments when the series is part of a Formula One event. As in 2015, 30, 20 and 10 kilos of success ballast will be imposed on the first three drivers classified in each event by taking into account the sum of the points scored.
New for this season is the introduction of a ‘Car Model of the Year’ title that will be awarded by adding the points scored by the best two cars of each model in each qualifying session and race.