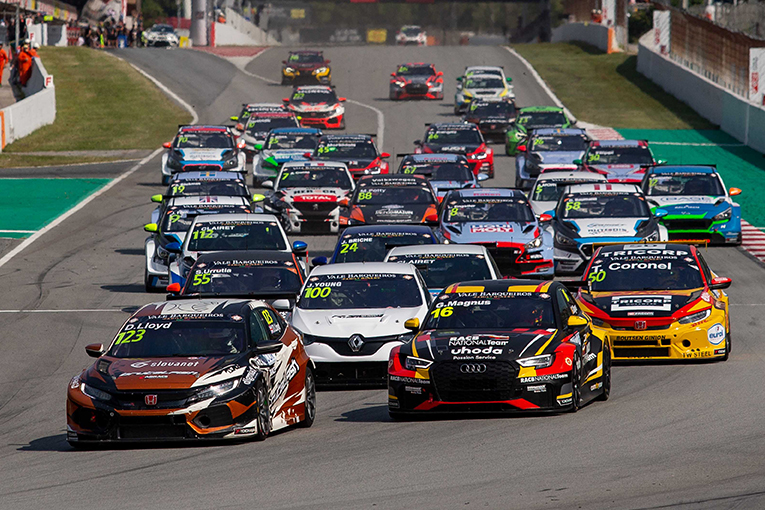 The new TCR South America series that will kick off next year has been officially launched yesterday during an online press conference.
Felipe McGough, promoter of the South American Super Touring Car Championship in the late nineties, and Maurício Slaviero, former president of the Brazilian Stock Car championship, manage the promoter company.

“I want to thank Marcello Lotti for trust our project,” said McGough. “In hard times like these we have to try to use our inventiveness even more, we expect to bring out a great series.”

The plan is to start in April 2021 with a calendar including eight rounds in Argentina, Brazil, Chile and Uruguay; the promoters are currently in negotiations with several circuits. The event format will feature two 30-minute free practice sessions, one Qualifying split in Q1, Q2 and Q3, and two 35-minute races.

“We primarily expect entries from Argentina and Brazil, but also from Chile, Paraguay and Uruguay. We are aiming for a strong championship in 2021,” said Carlos García Remohi, president of CODASUR, the South American FIA regulator.

Honda Racing STC2000 team director Victor Rosso has been appointed as the sporting director of the series alongside Spanish race engineer Samuel Canca Ruiz who will act as technical chief.

WSC Group president Marcello Lotti, took part and said: “TCR South America is an amazing achievement for us and we wish to thank Felipe McGough and CODASUR president Carlos García Remohi for their efforts. Touring Car competition has a strong and long-standing tradition in South America; there are lots of fans and different manufacturers that can join the new series.”