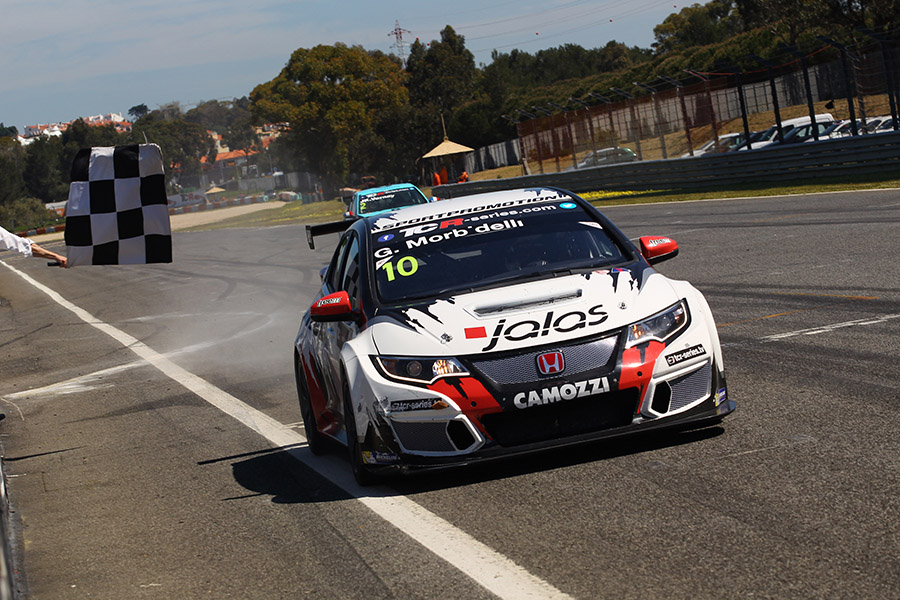 After taking the lead of the Drivers’ championship with a victory and a second place in Estoril, Gianni Morbidelli will race at Spa carrying the maximum success ballast of 30 kilos on board his WestCoast Racing Honda Civic TCR.
The Leopard Racing Volkswagen Golf Gti TCR of 2015 champion Stefano Comini, that finished third and second in the Portuguese races, will be laden by 20 extra kilos.
The lightest success ballast of 10 kilos will be imposed to James Nash’s SEAT León TCR of Craft-Bamboo Lukoil; the Briton won the second race at Estoril and is now second in the Drivers’ championship, only one point short of Morbidelli.