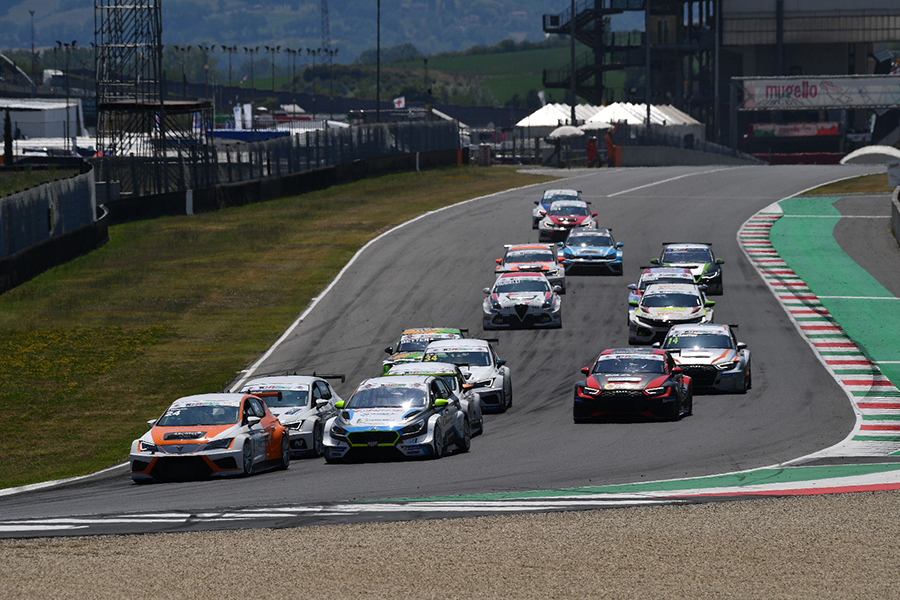 A 23-car field at Mugello for TCR Italy opener

Two months later than it was originally scheduled, the TCR Italy championship kicks off this weekend at the Mugello Circuit.
A respectable field of 23 cars has entered for the opening event and will take part in a 25-minute Qualifying session on Saturday morning and two races of 25 minutes plus one lap on Saturday afternoon and Sunday lunch time.
The pack is led by the reigning champion Salvatore Tavano, who won back-yo-back titles in 2018 and 2019. The Sicilian is determined to retain his crown, especially as he now drives a brand new CUPRA Leon Competición run by Scuderia del Girasole.
“I had the opportunity to test the new Leon several times, as I have been involved in its technical development. It’s a completely different machine compared to the previous model, more professional and with larger range of set up options. It has certainly a higher potential. I expect to be competitive in the championship and I will do my very best to defend the title we have conquered in the two previous years,” he said.
His main competitors is expected to be Marco Pellegrini in the Target Competition Hyundai i30 N, who was a title contender last year, with three race wins. Another experienced driver to race a Hyundai is BF Motorsport's Eric Brigliadori, while Federico Paolino has switched from the Korean car to a Honda Civic Type R.
Two ladies will make the grid at Mugello, Francesca Raffaele in a BF Motorsport Audi RS 3 LMS and Carlotta Fedeli with a CUPRA DSG run by the alliance between RC Motorsport and NOS Racing.
The two races will be streamed live at www.tcr-series.com and www.tcr-series.tv: Race 1 (Saturday 18:40 local time / CEST); Race 2 (Sunday 13:10 local time / CEST).