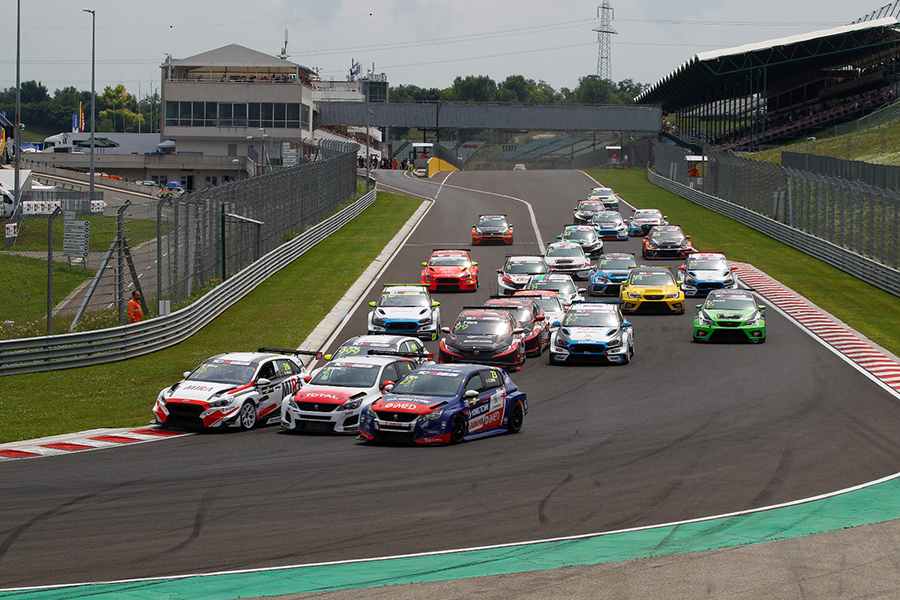 A 38-car field for TCR Europe opening in Hungary

The TCR Europe Series and the TCR Eastern Europe powered by ESET will start together this weekend at the Hungaroring where they will combine for a impressive 38-car field.
The European series returns to the Hungarian circuit that hosted last season's fourth event when both races were won by Hyundai i30 N cars; Dušan Borković beat Stian Paulsen and local hero Dániel Nagy in Saturday's race, while on Sunday Francisco Mora gave a deserved home victory to Hungary-based M1RA Motosport ahead of his teammate Nagy and Josh Files.
Nagy, eager to claim a victory before the home crowd, is the obvious favourite for this year's races that will take place both on Sunday. Last year the 31-year-old from Budapest also proved how competitive he is on his home racetrack when he was invited to a one-off participation in WTCR and finished second in Race 2.
Nine competitors will take part in the first rounds of the new TCR Eastern Europe powered by ESET. Among them are some of the most experienced Touring Car drivers from Serbia, Croatia, Czech Republic and Poland.
It's worth to point out that the female participation will represent the 12 percent of the field, with three ladies in TCR Europe - Marie Baus-Coppens, Lilou Wadoux and Jessica Bäckman - and one in TCR Eastern Europe - Carol Wittke.
Both races will be streamed live at www.tcr-series.tv, Sunday at 11:25 and 14:30 Central European Time.