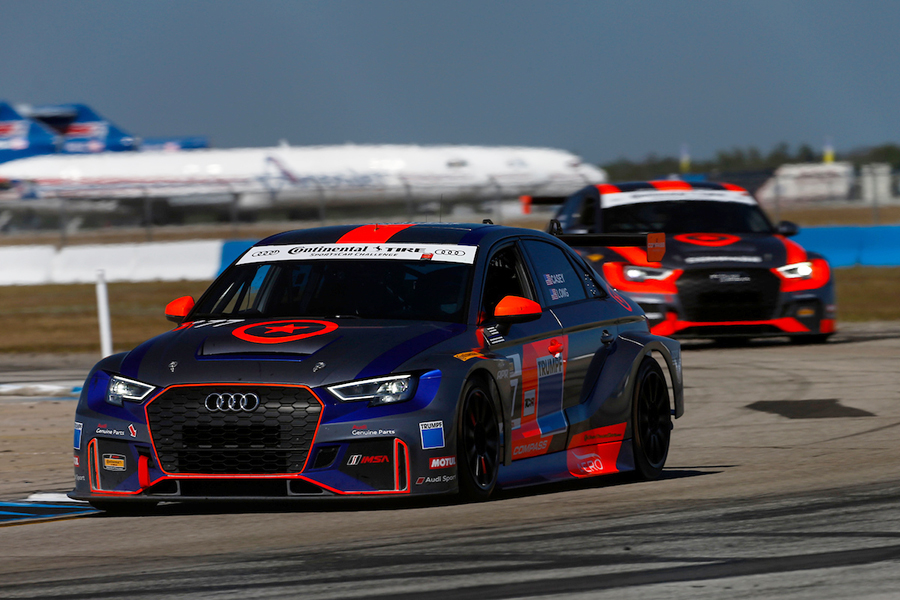 A Compass Racing family fight for the IMSA TCR title

Compass Racing will not give any team orders to its two pairs that will fight for the TCR title in the IMSA Continental Challenge's finale, Friday in a 2-hour race at Road Atlanta.
Tom Long and Britt Casey jr. are leading the standings in the Audi #77, with a margin of just two points over Rodrigo Sales and Kuno Wittmer in the #74. The team's third car, #75 of Pierre Kleinubing and Roy Block is currently third on equal point with Lee Carpentier-Kieron O'Rourke in the eEuroparts Racing Audi #10.

“It’s a dream come true to head into the final round with all three of our TCR cars having been so competitive all year,” said Team Principal Karl Thomson. "In a situation like this, we firmly believe that there aren’t any 'team orders' with the exception of the golden rule of not taking each other out."