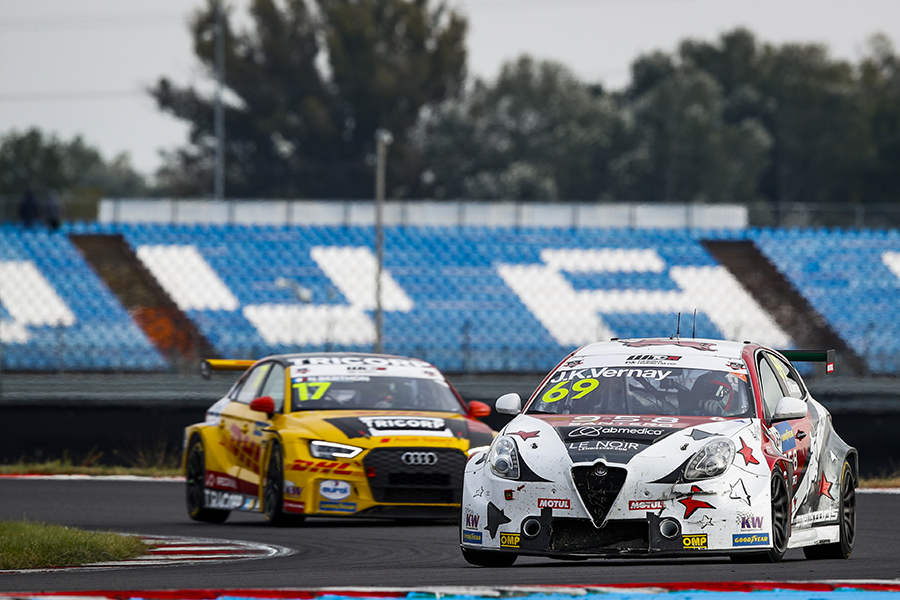 A double penalty for Jean-Karl Vernay

Jean-Karl Vernay was given a double penalty after the second and third races at the Slovakia Ring.
The Team Mulsanne driver has been dropped from fifth to 14th by a ten-second penalty for the incident that sent Yvan Muller’s car crashing into Nathanaël Berton’s in lap 4 of Race 2.
Another penalty was imposed to the French driver for a collision with Norbert Michelisz at the start of Race three; five seconds that stripped him of the second place and demoted him to fourth. Nathanaël Berthon and Gilles Magnus benefitted from his penalty and advanced to second and third respectively.
These penalties had also an effect on the championship standings: Yann Ehrlacher has scored one more point that stretched his leadership to 21 points over Tom Coronel, Gilles Magnus has advanced to third, 12 further points adrift, while Vernay has slipped from third to eighth.