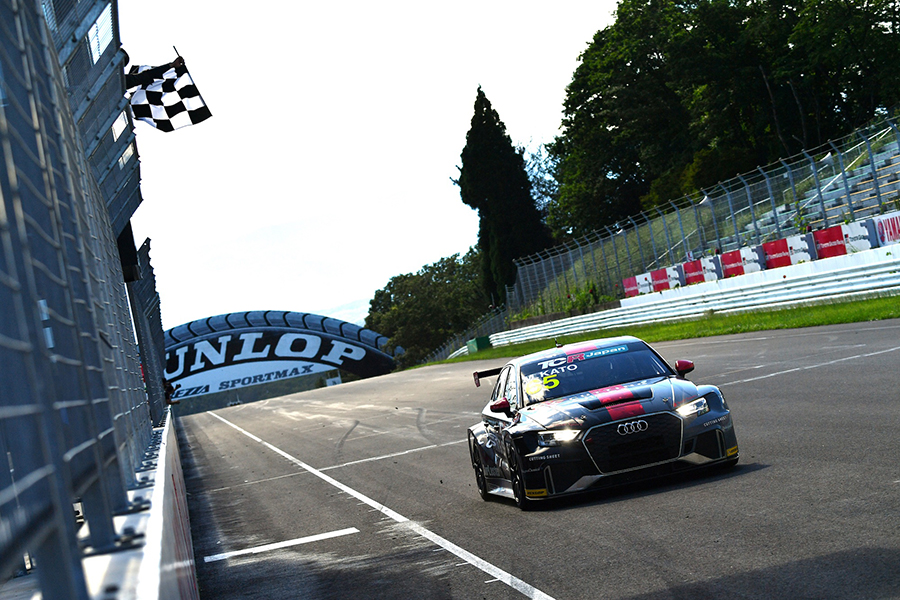 A double victory for Masanobu Kato in TCR Japan at Sugo

Masanobu Kato dominated the TCR Japan event at Sugo. The Team Mars driver and his Audi RS 3 LMS set pole positions in both qualifying sessions and took lights-to-flag victories in the two races, beating twice Anna Inotsume’s Dome Racing Honda Civic. With these results, Kato reduced the gap in the standings from the reigning champion ‘Hirobon’ and his Birth Racing Project CUPRA Leon Competición. In the Saturday Series, ‘Hirobon’ leads Kato by 13 points, while the gap in the Sunday Series was cut to 14 points.

In Saturday’s race, Kato started from the pole and led from Inotsume and Resshu Shioya. During the first lap, ‘Hirobon’ passed Shioya for P3, while Kenji Suzuki spun off, which prompted the safety car into action. Racing resumed in lap 8, with Kato able to pull away and consistently increase his leading margin, taking his second win of the season. Inotsume successfully defended the second position from ‘Hirobon’, while Shioya beat ‘Mototino’ for P4.

Kato topped the Qualifying for the Sunday’s race as well, and at the start he swerved to the left to avoid being passed by Inotsume. Behind them, ‘Mototino’ got away well from P4 on the grid, but ‘Hirobon’ overtook him for the third place during the first lap. Just like in the first race, Kato began to build a leading gap, while ‘Hirobon’ was not fast enough to follow Inotsume. Behind them, ‘Mototino’ defended P4 from Shioya, and championship newcomer Junichi Agematsu joined the fight in his Alfa Romeo Giulietta. However, both ‘Mototino’ and Agematsu had to serve drive-through penalties for jumping the start, which promoted Shioya to fourth and Suzuki to fifth.

Kato took his second win of the weekend with a margin of six seconds over Inotsume, with ‘Hirobon’ finishing a distant third.

The fourth race meeting of TCR Japan will be at Motegi, 19/21 August.