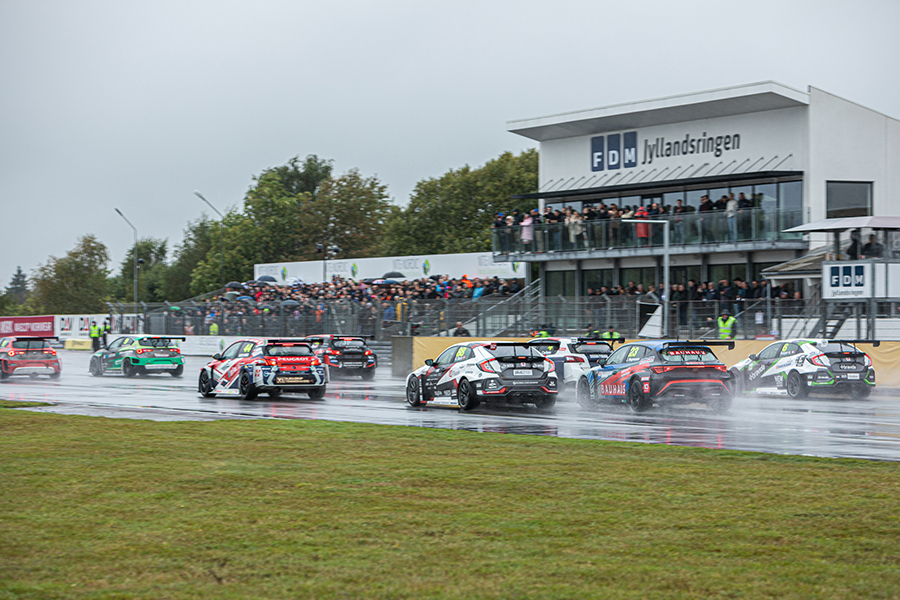 Padborg Park hosts the final event of TCR Denmark that will decide the battle for the title.
Before the last three races of the season that will award 75 points, the reigning champion Kasper H. Jensen (Massive Motorsport, Honda Civic Type R) is leading the standings by 52 points over Michael Markussen (Markussen Motorsport, Peugeot 308).
The other drivers still in contention are Casper Elgaard (Brian Madsen Autosport, Peugeot 308), who is 58 points behind the leader, and LM Racing's Nicolai Sylvest and Jan Magnussen who shared victories in the previous event at Jyllandsringen at the wheel of the team's CUPRA Leon Competición cars. Sylvest and Magnussen are currenlty two and four further points behind Elgaard respectively.