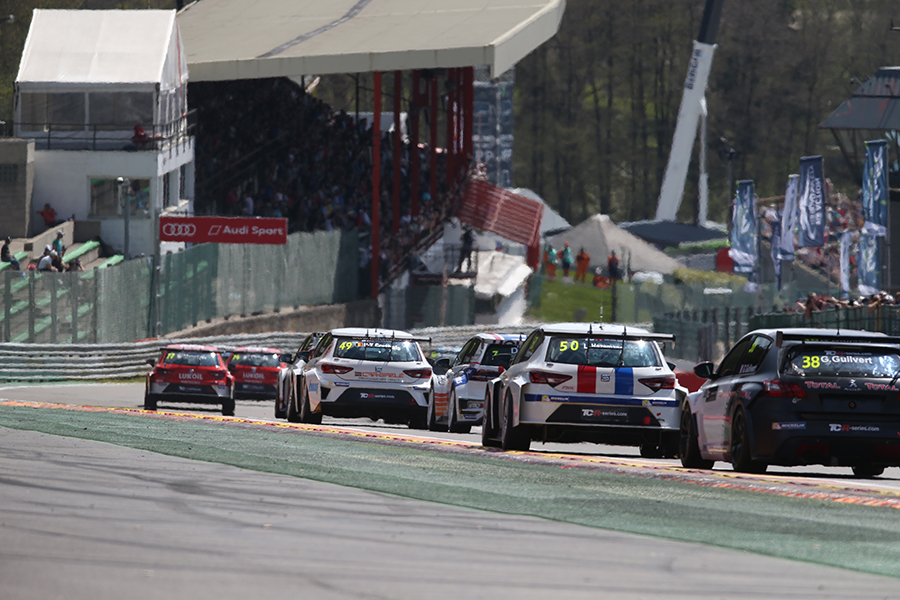 The opening round of the TCR Trophy Europe takes place this weekend at the Smolensk Ring, within the season opener of the RAF Russian Circuit Racing Series.
A new website http://europe.tcr-series.com is dedicated to the Trophy, offering information, results and pictures.
The TCR Trophy Europe for Drivers will be awarded for the first time in 2016, based on the results of six events that are part of the corresponding number of TCR national championships.
Only competitors (teams or drivers) who have registered for the full season in one of the TCR championships or series will be eligible to score points in the TCR Trophy Europe.
They will compete for €100,000 prize money that will be split among the top six drivers in the final classification.
The winner will receive €30,000 while €20,000, €18,000 and €12,000 will be awarded to the drivers finishing the season between second and fourth positions respectively. Finally, both the fifth and sixth placed drivers will win €10,000 each.
After Smolensk Ring, the TCR Trophy Europe will visit Misano Adriatico (Italy) on June 12th, Zandvoort (Netherlands) on July 17th, Nürburgring (Germany) on August 7th, Zolder (Belgium) on August 20th and Jerez de la Frontera (Spain) on November 6th.