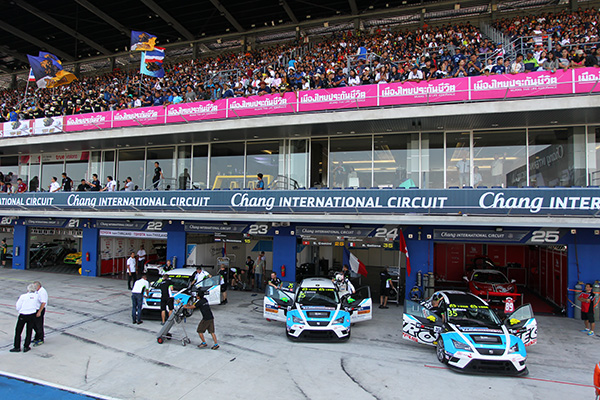 A six-car line-up for Target Competition in Macau

Target Competition is putting together a huge effort for the grand finale of the TCR International Series at Macau.
The Italian outfit, which is still in contention to clinch both the Drivers’ (with Stefano Comini) and the Teams’ Championships, has entered six cars in the Macau Guia Race.
Having already confirmed entries for the current series leader Comini and Rafaël Galiana, Target Competition welcomes back Andrea Belicchi – the winner of Shanghai’s second race – who was forced to miss the two previous events in Singapore and Thailand.
A second trio of SEAT León cars will be added for Jordi Oriola, Francisco Mora and Keith Chan.
Oriola – the younger brother of Pepe – returns to the TCR International Series, in which he made a couple of appearances earlier in the season at the wheel of a Campos Racing Opel Astra. Jordi has just claimed sixth place in the SEAT León Eurocup final classification.
Portugal’s Mora who also took part in the SEAT León Eurocup as well as in the Italian GT Championship, made his TCR debut in May at the Algarve circuit, scoring points in both races with a SEAT run by the Veloso Motorsport.
Completely new to the series is Keith Chan from Hong Kong, who has been recently crowned champion of the AM Class in the Lamborghini Super Trofeo Asia.