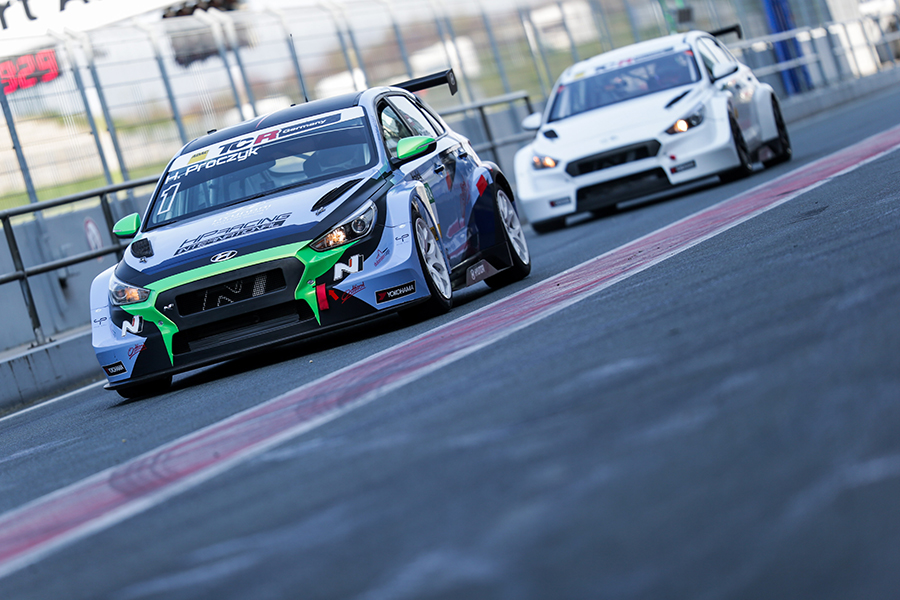 The ADAC TCR Germany enters its fourth season this weekend a Oschersleben with a strong Hyundai contingent aiming for clinching the title that was won in previous years by Honda (2016 and 2017) and Opel (2018).
Even the reigning champion Harald Proczyk and his HP Racing International team have swapped last year’s Opel Astra with a Hyundai i30 N. And in its effort to retain the title, the Austrian outfit has signed Lukas Niedertscheider who raced a Peugeot 308 in 2018.
Team Engstler’s ambitions rely on Frenchman Théo Coicaud, who has been confirmed after proving competitive in his maiden season, and Max Hesse, the winner of the 2018 Rookie Challenge.
Their most serious competitor seems to be Mike Halder in the Profi-Car Team Honda Civic Type R. Fourth classified in the 2018 championship, Halder emerged as the fastest driver in the official pre-season test at Oschersleben. Other drivers to watch in the Honda cars are Halder’s teammates, his sister Michelle and Dominik Fugel, but also the Briton Bradley Burns in the Pyro Motorsport car.
Audi and Volkswagen have lost their point men, as both Niels Langeveld and Benjamin Leuchter were promoted to WTCR. The most competitive driver in the RS 3 LMS appears to be the Finn Antti Buri (LMS Racing), while promising Malaysian youngster Mitchell Cheah will be driving one of the Oettinger Golf GTI cars.
Despite last year’s success, only one Opel Astra has been entered by Lubner Motorsport for Jan Seyfferth. The field is completed by two CUPRA cars driven by Switzerland’s Julien Apothéloz and USA’s JC Reynolds.
Both the Oschersleben races will be streamed live at www.tcr-series.tv, Saturday at 15:25 and Sunday at 11:35 Central European Time.