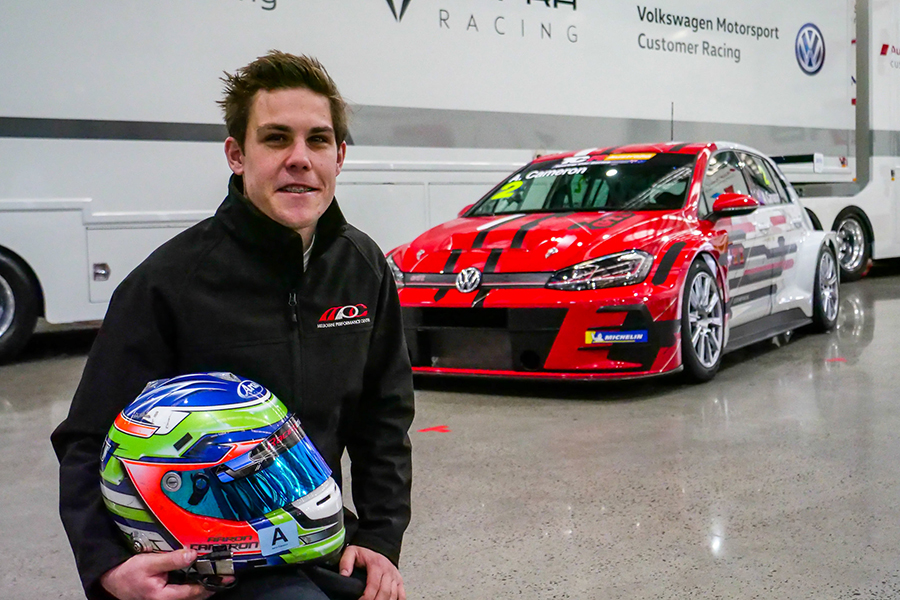 Aaron Cameron was the latest addition to the TCR Australia entry list and will join Melbourne Performance Centre in a Volkswagen Golf GTI TCR.
The 19-year-old Victorian’s entry makes for a 17-strong field confirmed for the opening event of the new Touring Car series.
The reigning Australian KZ2 Karting Champion has enjoyed successful stints in Formula Ford, Super Utes and the Toyota 86 Racing Series before confirming his TCR campaign. He is also a class winner at the Bathurst 6 Hour, and experienced multiple starts at the Bathurst 12 Hour.
Cameron is one of the most experienced TCR drivers in Australia, after racing an Audi RS 3 LMS in the 2018 24H TCE Series at Barcelona and Dubai with the MARC Cars squad.

"It’s great to be confirmed for the first round of TCR Australia; I’m really looking forward to it," said Cameron. "I’ve driven the cars already at the test day and at a couple of 24 Hour races overseas, and I absolutely love the front-wheel drive aspect of these cars. I’m only 19 years old but I have a fair bit of racing experience already. I’ve done two 24 Hour races with MARC Cars Australia and it was great to share the car with some skilled racers and learn off them. These cars were great to drive for 24 Hour races and I’m sure they’ll be awesome in the sprint format as well. My expectation for the weekend is to try and stay out of trouble, we don’t know what the racing is going to be like in a sprint format here, but if we can get into a top five or a podium position by the end of the weekend that would be great."