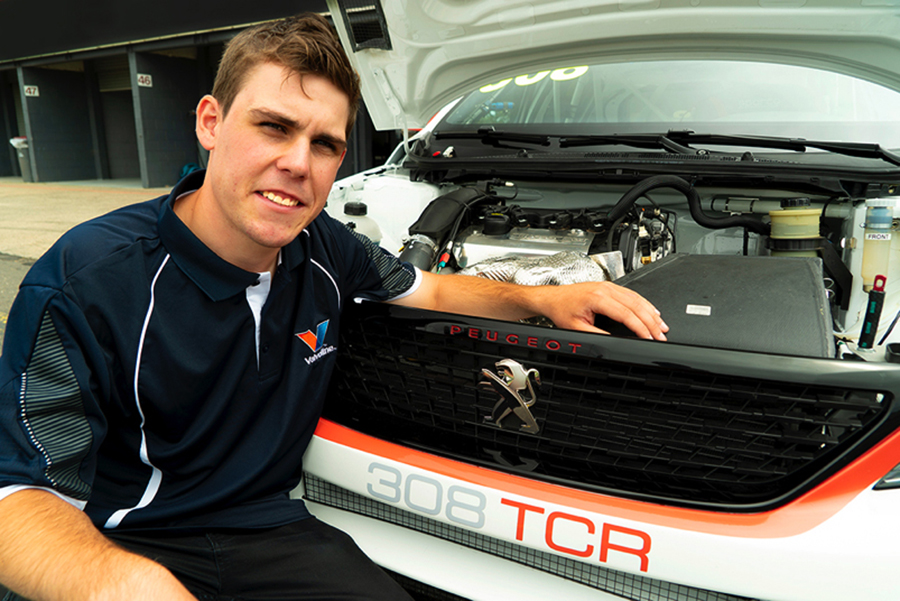 Aaron Cameron has signed with GRM Customer Racing to drive a Peugeot 308 in the TCR Australia Series.
The 20-year old Cameron drove a Melbourne Performance Centre Volkswagen Golf GTI to third overall last year, claiming his maiden victory in Race 2 of the season’s finale at The Bend.
Cameron will also be in one of the three Peugeot cars competing in the TCR Asia Pacific Cup at Albert Park, with former Bathurst 1000 winner Jason Bargwanna and Peugeot Sport star Julien Briché.

“It’s great to be back in my second year of TCR and I’m really excited to join GRM,” said Cameron. “They have a massive heritage in Australian motorsport and hopefully we can work together well and get this Peugeot up the front. Last year was great with Melbourne Performance Centre. They got me on the map and we enjoyed some good results – a race win in the last round at The Bend, plus third in the championship. This year with GRM, we are hoping to be back in the top three and we’ll see where the year takes us.”