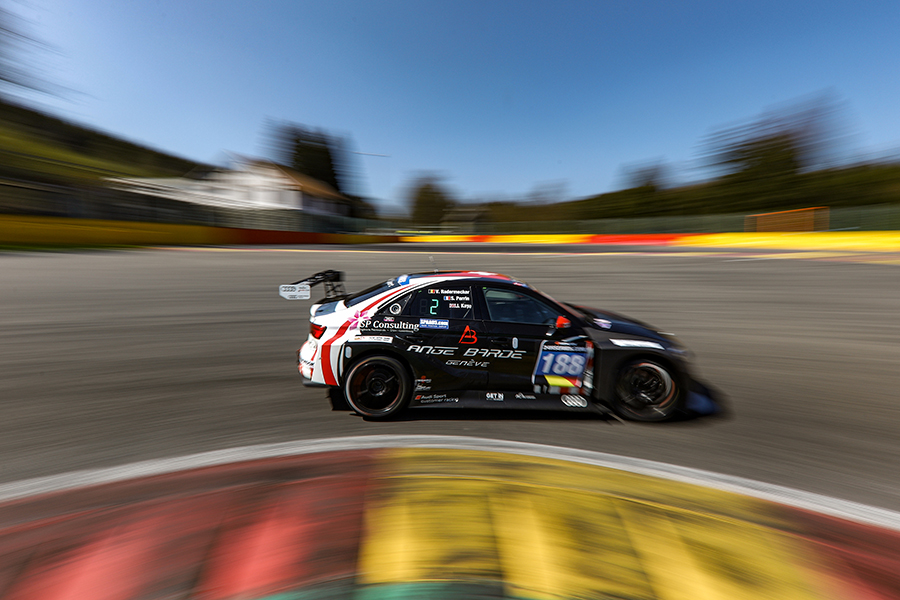 It is the AC Motorsport Audi RS 3 LMS driven by James Kaye, Vincent Radermecker and Stéphane Perrin that leads the 12 hours of Spa-Francorchamps at the end of the 4-hour first part.
The Audi run by the Belgian team took the chequered flag in 14th position overall and led by 1-minute-25 the Volkswagen Golf GTI DSG entered by Autorama Motorsport by Wolf-Power Racing for Jepsen-Sorensen-Danz that has won the two previous rounds of the 24H TCE Series: the 24H Dubai and the 12H Mugello.
Both teams recovered after drama: the AC Motorsport crew worked frantically to rebuild the Audi that had been seriously damaged in an incident during Thursday’s practice, while the Autorama Golf started from the back of the grid following an engine issue in Qualifying.
Third, 2-minutes-14 behind the leaders was the Holmgaard Motorsport Golf GTI, while the Red Camel-Jordans.nl CUPRA that had set pole position with Rik Breukers finished in fourth position, one lap down.
The second part of the race will start tomorrow at 10:05 over the distance of 8 hours.