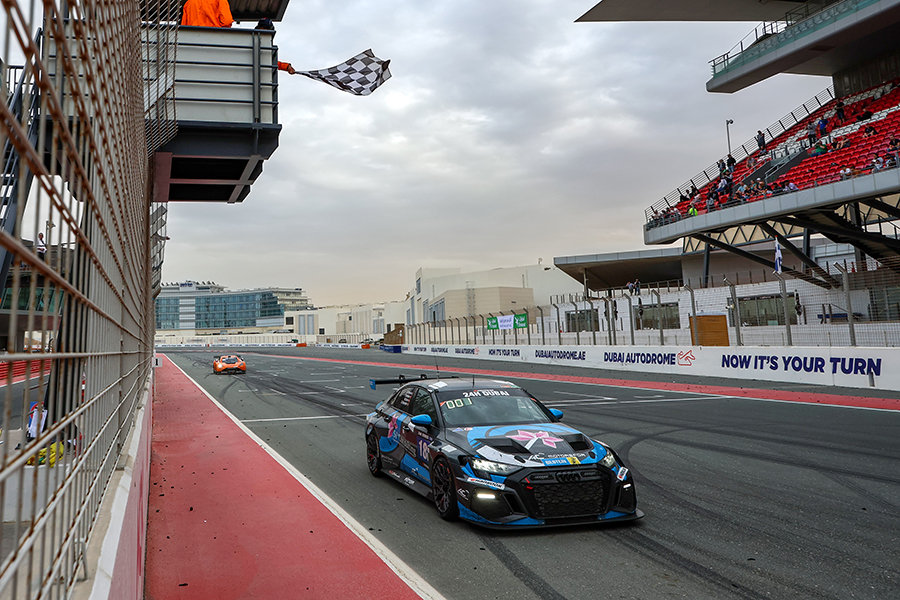 After suffering two driveshaft failures in practice, a conservative setup for the AC Motorsport Audi RS 3 LMS #188, driven by Stéphane Perrin, Yannick Mettler, Miklas Born and Sam Dejonghe proved the key to the Belgian team’s second TCR class victory at the 24H Dubai, its first since 2020.

On top of engine and gearbox issues, both Wolf-Power Racing Audi RS 3 LMS cars also suffered on-track collisions en-route to second (the #117 of Marcus Menden, Marlon Menden, Rob Huff and Peter Posavac) and third (the #121 of Jasmin Preisig, Ivars Vallers, Calle Bergman and Andreas Höfler) places under the chequered flag. The former made contact with a GT3 frontrunner during the night, while the latter, which also had to replace multiple broken driveshafts, ended up in the turn 14 barriers early on Sunday morning after a coming-together with a Porsche GT3.