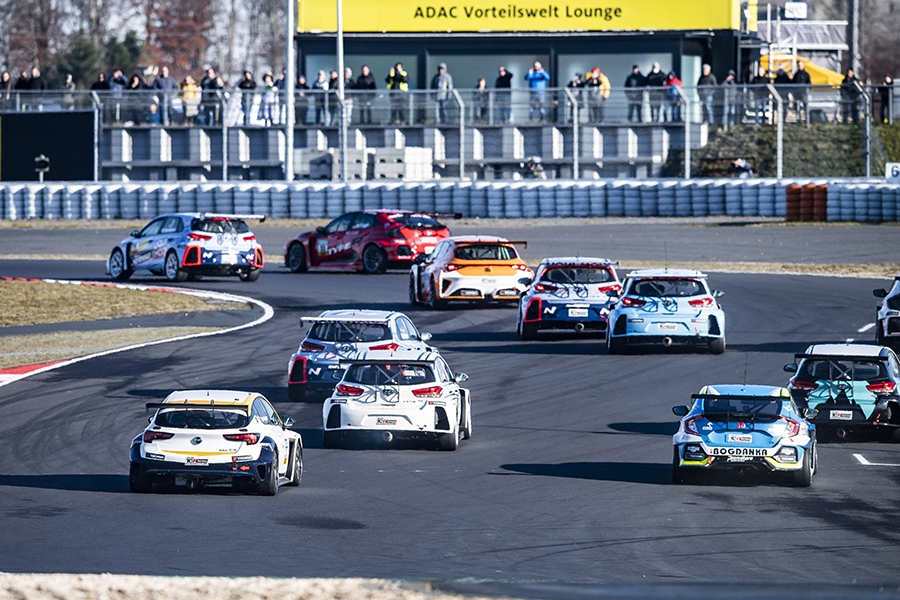 The calendar of the 2022 ADAC TCR Germany championship has been unveiled last weekend during the season final event at the Nürburgring.
The series will be run again over seven events, but next year it will visit Austria twice, as the Salzburgring has been added to the usual stop at the Red Bull Ring.
Following the tradition, the season will start at Oschersleben at the end of April, twenty days after the official three-day test on the same circuit.
After the two trips to Austria, the championship will return to Germany for racing at Nürburgring, Lausitzring and Sachsenring before finishing at Hockenheim at the end of October.

From next year, Hankook will replace Yokohama as the series’ tyre supplier.
“We welcome Hankook back to the ADAC TCR Germany,” said ADAC Motorsport Director Thomas Voss. “When the series was founded in 2016, Hankook was a partner from the very beginning, and we look forward to working with them again in the years to come. Various TCR series in Europe rely on their tyres, which proves Hankook's high level of competence in this category, and our competitors will benefit from it.”