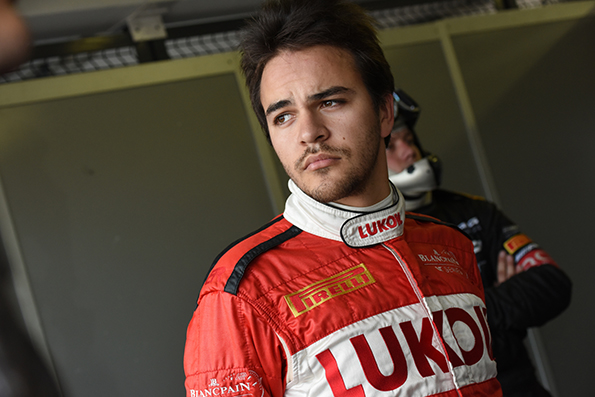 Team Craft-Bamboo LUKOIL announced Sergey Afanasyev as one of the three drivers that will be contesting the new TCR International Series.
The 26 year old Russian began his career with LUKOIL in Formula Russia in 2003. His first season was a success, taking three wins and the title in his first year of professional racing.
Afanasyev progressed through various single-seater series, culminating with a third place in the 2010 FIA Formula Two Championship; the following year he finished third again in the AutoGP. In 2013 Afanas’ev switched to the FIA GT1 World Championship and was crowned champion in the Pro-Am division.
Earlier this week Afanasyev has completed four successful days of testing at Valencia and Barcelona with the SEAT León Racer, which allowed him to familiarize with the car and adapt to front wheel drive.

Afanasyev said: “The TCR International Series is a new challenge for me and I'm looking forward to the season. We conducted several tests, in which I learned the car. The new SEAT León is very different from GT cars, but I did not have any problem adapting."

Evgeny Malinovskiy, Head of LUKOIL Racing, commented: “I am pleased to present our international project for 2015 with Craft-Bamboo Racing. We decided to combine the efforts of two successful teams to conquer another challenge. I believe that in our maiden season in the TCR International Series we will be able to fight for the championship. From my point of view, this series is one of the best championships for independent teams.”

Richard Coleman, CEO of Craft-Bamboo Racing, commented: “I am delighted to welcome Sergey to the team, he is a true professional and has already been adapting well to front wheel drive racing. I am sure that he will achieve success this season, he has impressed in his attitude and shown very good pace in testing.”