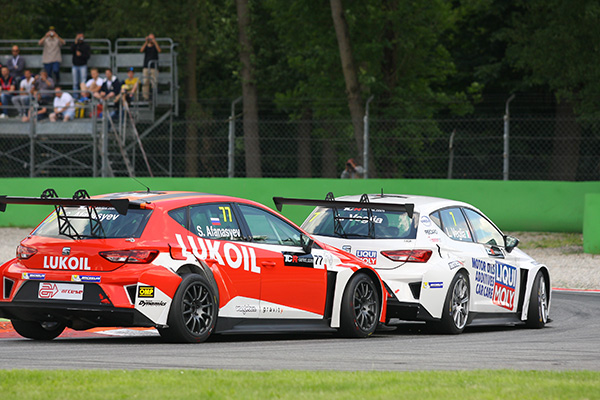 Sergey Afanasyev of Team Craft-Bamboo Lukoil will be dropped five places on the grid of the first race this upcoming weekend at the Salzburgring.
An investigations conducted by Stewards of the Meeting after last Sunday’s races at Monza concluded that the Russian driver was guilty of causing a pile-up at the Roggia Chicane that eliminated Michel Nykjær and Mikhail Grachev in the late stages of the first race.
As a consequence, both Afanasyev’s and Nykjær’s cars suffered from extensive damage and could not take part in Race 2.
Another enquiry following the Monza races resulted in the Stewards imposing two reprimands to Gianni Morbidelli for two different incidents with Stefano Comini in laps 7 and 11 of the second race.