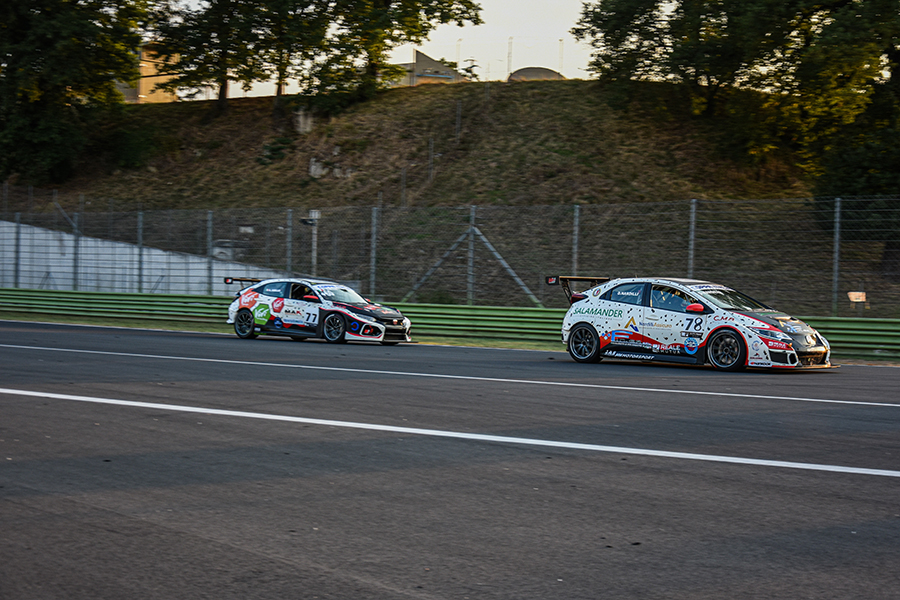 MM Motorsport’s teammates Alessio Aiello and Davide Nardilli took one race win apiece in the second event of the Coppa Italia Turismo at Vallelunga.
In the first race, Aiello led from the start, but after an intervention of the safety car he found himself involved in a close fight with Nardilli, Edoardo Barbolini, Federico Paolino and Luca Maria Attianese that will last until the chequered flag. Nardilli was the first to cross the finishing line, and was followed in the order by Aiello, Barbolini, Paolino and Attianese; the first five cars were all covered by 1.8 seconds.
However, after the race, Nardilli, Barbolino and Attianese were all given a 25-second penalty for overtaking during the safety car period. This meant that Aiello inherited the victory, while Paolino and Adriano Visdomini advanced to the other podium positions.
Nardilli took his revenge in Race 2, with a stunning recovery from P16 on the grid. Luigi Bamonte led the field in the early stages, but he couldn’t reject the attacks from Paolino and the charging Nardilli. Bamonte was demoted to third, which is where he finished the race. During the final lap, Nardilli completed his recovery, passing Paolino for the lead and beating him on the line by eight tenths.
The Coppa Italia will visit Mugello on October 10/11.