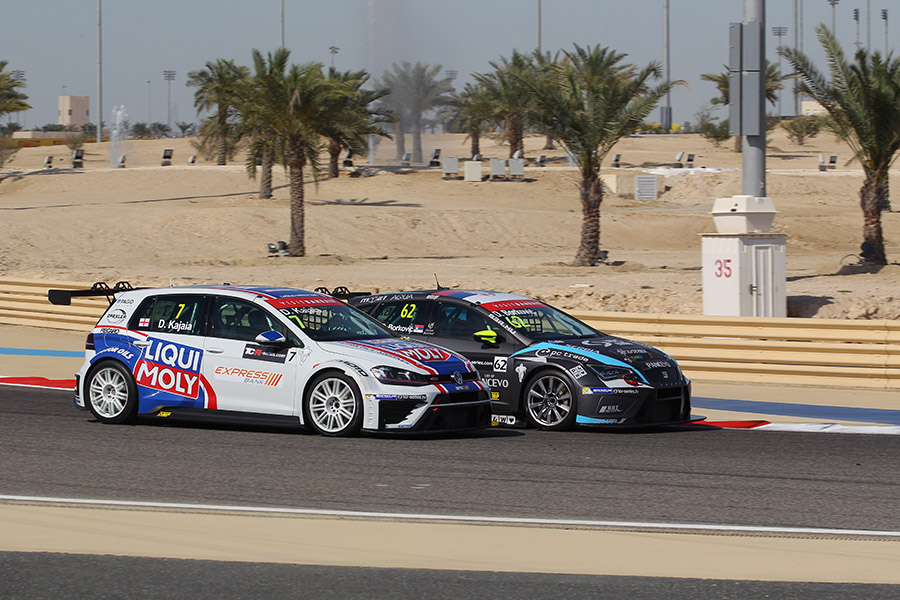 B3 Racing Team’s Dušan Borković inherited the third place on the podium of today’s second race at the Bahrain International Circuit after WestCoast Racing driver Aku Pellinen was handed a 30-second time penalty for jump-start.

The Serbian commented: “These were two crazy races but I am happy with the result and very happy with the team. In Race 1, I had a very bad start and then a big contact with Comini. Even with open wheels, though, I realized the pace was good. Today, the start was better but I was stuck in P12 and got a little bit nervous, because I saw I had the pace, but too many cars in front of me. When I cooled down, I started to overtake cars one by one and finished fourth, which became third after Pellinen’s penalty. Mostly, I see it as good reward for the boys who worked very hard.”

The same penalty was also imposed to Mat’o Homola, who had finished the race in sixth. As a consequence, Pellinen was dropped to 10th and Homola to 11th, this also meant that Bahraini driver Salman Al Khalifa was promoted to ninth and tenth, scoring points in the Drivers’ Championship at the wheel of a Bas Koeten Racing SEAT León.