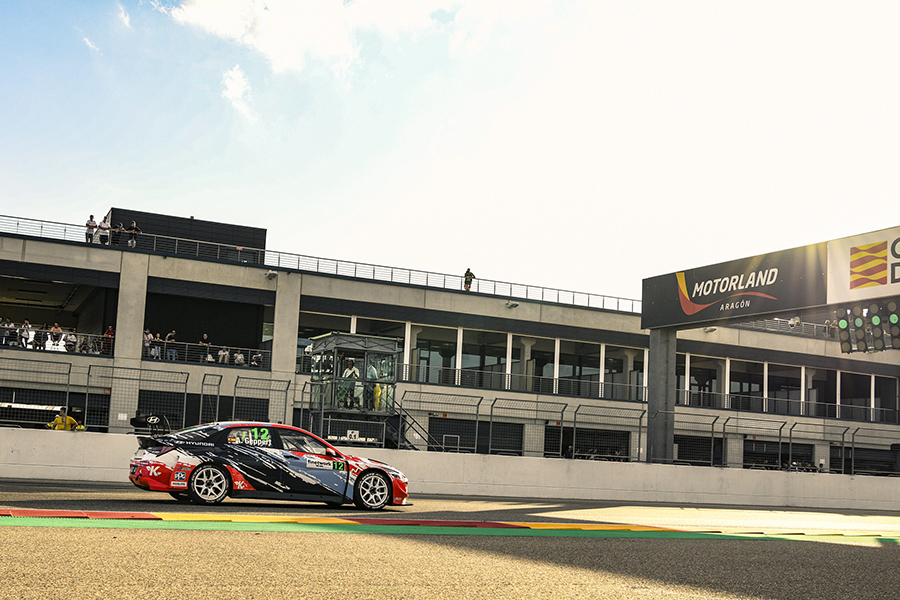 Alejandro Geppert took two wins from TCR Spain’s three races at MotorLand Aragón. The Teo Martin Motorsport driver led the first race from the lights to the flag and then beat his rival in the title fight Isidro Callejas at the end of a close battle for victory in Race 3. Volcano Motorsport’s Callejas scored his fifth win of the season in Race 2 and so retained the lead in the standings with a margin of 30 points over Geppert.

The TCR field was reduced to three cars only after Miguel Villacieros crashed his Teo Martín Motorsport Hyundai Elantra N during the first Practice session.

Geppert claimed the pole for Race 1 and led from the start, scoring his second victory of the season, beating Callejas by 7.5 seconds, while Ukrainian newcomer Daniel Tkachenko achieved his first podium result, after receiving a 25-second penalty for track limits.

Callejas evened the score with an authoritative victory in Race 2 in which he kept Geppert at safe distance, beating him by 4.8 seconds under the chequered flag.

Callejas and Geppert delivered a thrilling fight in the third race, with the Volcano Motorsport driver making his best to keep his rival at bay for nearly the whole race. Geppert never lost contact and eventually made an overtaking move during the last lap and won the sprint to the line by 23 thousandths of a second.

The series will resume on October 1/2 at Navarra.