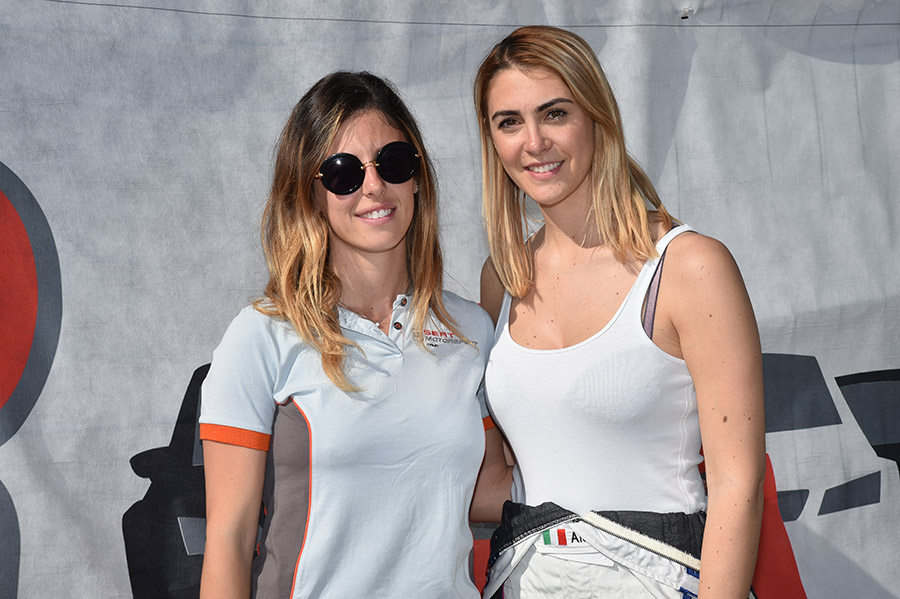 In a last minute change, Alessandra Neri has replaced Diego Romanini at the wheel of one of the two SEAT León cars run by B.D. Racing. The change means that the Italian team will now field an all-female line up, with Carlotta Fedeli in the other SEAT.
As Romanini was forced to withdraw because of a business commitment, Neri was brought in to drive and she will also commentate live on TV from the cockpit for Italy’s SKY Formula One HD channel.
After establishing a solid racing experience for herself in GT racing, Neri joined SKY Italy’s F1 commentary team but, crucially, she also is a co-commentator for the TCR International Series together with Lucio Rizzica.

In Imola she will be linked to Rizzica, commenting on the race live from the inside of the car. “It’s a big challenge for me, because I haven’t raced for around four years and never in a front-wheel drive car. So I need to sweep the rust away, get to know the car and talk live on TV altogether. We’ll be live only during Race 2 – because broadcasting of the first race will be slightly delayed – and only in moments when I’m not to busy with the racing…” she said.

Carlotta Fedeli is also looking forward to her TCR debut: “It is my first international experience, something I have only dreamed of so far. But I have already raced a bit in the car and I like the track a lot, so I will do my best to make a good impression.”