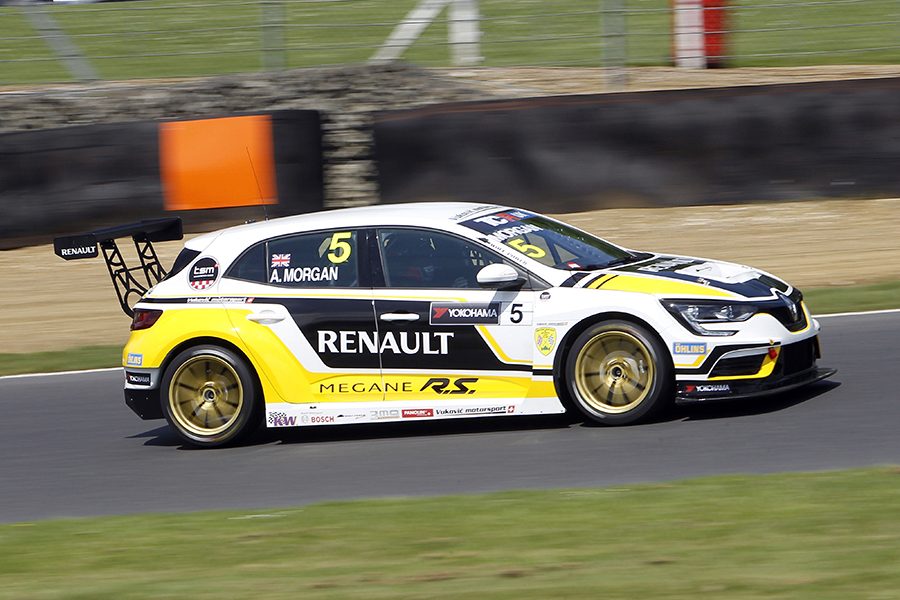 Alex Morgan and Wolf-Power together in TCR Europe

Alex Morgan has signed with his former team, Wolf-Power Racing, for this season’s TCR Europe series. Morgan and Wolf-Power previously raced together in the SEAT Eurocup and the ADAC TCR Germany; they are now eager to build on their successful partnership in 2019.
Morgan is excited to be racing a Renault Mégane RS in his first season in the TCR Europe series and is looking forward to the new challenge. Having dedicated much of 2018 developing the car with Wolf-Power Racing and Vuković Motorsport, plus racing the car in the TCR Germany and TCR UK series, he has seen first-hand the progress already made and is optimistic about this season’s prospects.

“I am delighted to be racing the Mégane RS with Wolf-Power in the TCR Europe series and being able to contribute to the car development. This opportunity came about late on, but I am going to grasp it with both hands and give it my all. It will be a learning year for both the team and I, but we have had many successful races together previously and I have full confidence that we can perform well against the competition. There are some familiar faces in the series and so it will be good to compete with them again!” Morgan said.

“We are very happy to work with Alex again. Last year we all put lots of effort in developing the Renault Mégane RS TCR. There was not a lot a time to prepare for this season, but we are looking forward to the challenge in the TCR Europe Series. Having worked with Alex for the last few years, we know each other very well and we all know what’s needed to be successful,” team principal Adrian Wolf commented.