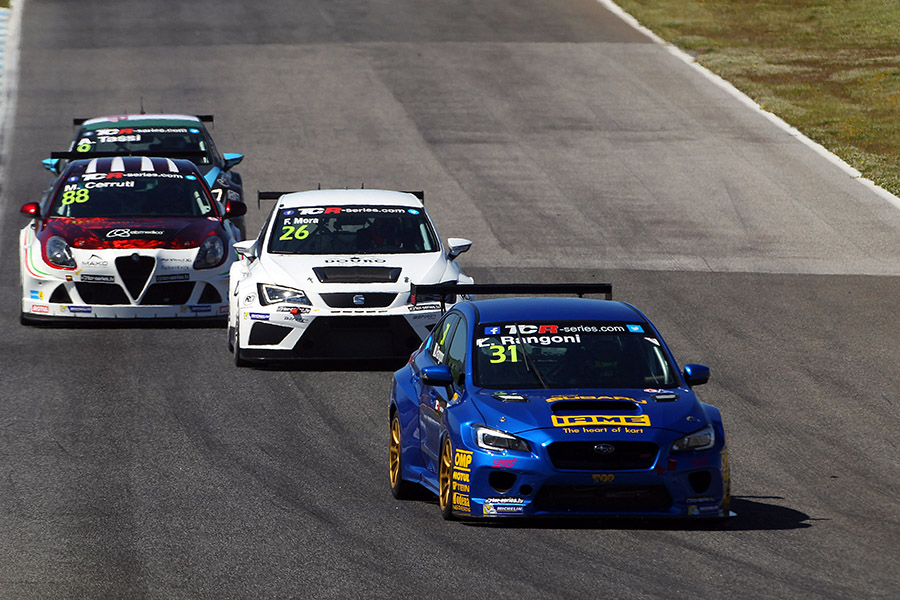 All drivers will take part in the second race

All the TCR drivers will manage to take part in the Estoril second race that will start at 17:05 local time today.
The Top Run Motorsport crew managed to repair the front left suspension of Luca Rangoni’s Subaru WRX STi that broke during the first race.
The technical failures that stopped Kevin Gleason’s Honda Civic for good and forced Michela Cerruti’s Alfa Romeo Giulietta to pit were both solved.
The mechanic of Mulsanne Racing discovered a false contact in the gear linkage and sent Cerruti back on track after a brief stop. As for WestCoast Racing, Gleason’s Civic suffered from an engine wiring problem that was also solved.
Both, Gleason and Rangoni will take the start from the back of the grid as their teams asked for neutralization of the parc fermé rules.